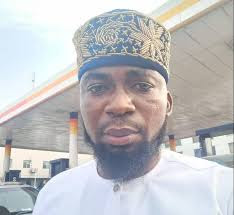 Due to the incessant rise in social problems caused by the motorcycle riders in the state, popularly known as okada, the Government and the community in Lagos state have risen to stop the menace posed by these road users. This decision is however met with a lot of controversies from other users of motorcycles.

On May 18, Governor Babajide Sanwo-Olu imposed a fresh ban on these commercial motorcycles from operating in six local government areas. These six local government areas, LGAs, are Eti-Osa, Ikeja, Lagos Island, Lagos Mainland, Apapa, and Surulere, and nine other local council development areas. In January 2020, a ban was issued to stop the activities of Okada riders but this pose became slack due to the economic issues in curbing the advent of COVID-19.

The governor further stated that the commercial motorcycles have constituted a nuisance on the streets of Lagos and their continuous activities are endangering the lives of citizens.

These motorcycles have been known to pose a serious security threat to the residents and that is why there are several laws have been enacted to keep them at bay in the community. The ban came this time after serious outbursts and rage by residents on the supposed death of a Lekki resident by a motorcyclist because of an argument over some change. The deceased was alleged to be beaten and burnt to death.

As mentioned earlier, the ban had met with a lot of rebuffs by pedestrians and motorcyclists as this is the means of livelihood to some of these cyclists while it is an aid to access streets in Lagos where vehicles can no longer pass. Motorcycles can, however, maneuver their way and get residents to their destination.

As a result of this, many of these riders have resorted to neighboring states like Ogun states seeing that there is no means for them to thrive in Lagos state where their operations have been put at bay.

This action has led to an unregulated inflow of motorcycles in border areas like Mowe, Ibafor, in Ogun state. The result of this is congestion in these areas and an increase in criminal activities by the road users and motorcyclist because they are known for this. New was reported that since the announcement and enforcement in Lagos state, Giwa, Oke-Aro, Akute, and Agbado Crossing have witnessed an influx of okada riders, thereby causing panic among residents of these areas. They have appealed to the Government to come in and regulate the operations of motorcycles in those areas.

The adverse effect of this increase cannot be ruled out completely and that is why major stakeholders are called upon to see to these activities.

Here, riders would be recognized and their face ID tracked and secured too. This would not pose another threat to the residents and also reduce the rate of crimes they carry out and sustain their means of livelihood.

Asides from this, there can be other collaboration or rapport with other ministries like finance, to provide riders permit for users of motorcycles. This way, motorcyclists are tracked and kept at bay while riders without the permit would be sanctioned and asked to stop working.

Another measure the government can carry on its operation is to make provision for an agency that regulates riders. This agency would involve the ministry of transportation. It could be a private or a government-owned agency. These agencies would be responsible for the supervision of all the operations of riders in the state to provide a means of tracking and ensuring residents' safety when they board motorcycles for movement.

This would ensure that there is proper regulation of the activities of the riders in the state so they don't pose a menace to the peace and serenity of the state.