My Dad Warned Me Never To Steal If Given The Opportunity To Serve In Government - General Oladipo Diya's son, Tunde. 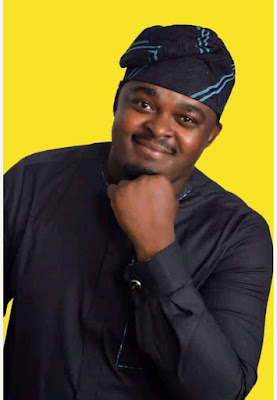 Dr. Tunde Diya, it is my pleasure to have you?

Our readers will want to know what kind of doctor are you?

I am a Medical doctor.

How long have you been practicing?

I have been practicing for about six years now.

I did clinical practice for 3 years but I decided to go into health care service provision and management. That is the space in the Medical field I am currently working in.

Is it private or public?

It is a private company. I set it up with a colleague of mine that we both did our Housemanship in Lagos State University Teaching Hospital (LASUTH) together years back. We thank God, we are progressing.

As someone born with a silver spoon, being that your father was General Oladipo Diya, would you agree that this made you to achieve a lot?

I give Almighty God the glory for the fact that I have a pacesetter as a father and someone that worked hard through out his time in public service especially as Military Administration of Ogun State and even as the youngest platoon commander in Ikeja Military Cantonement. It was also reflective of his cabinet as Administrator then as most of his appointees were based on merit. He got through his ranks in the prestigious Nigerian Army by merit. He sacrificed thirty-five years in active service for Nigeria. He served Nigeria very well. 'Heaven helps those who helps themselves' and God has been faithful, but I think the times have changed. In the South, there is a different mindset entirely. We believe in merit in the South. Someone like me who come from specific backgrounds, people expect us to do more. Even at that, whatever I wanted to do, I always put God first to guide and direct me.

Let us talk about your background, you are originally from Odogbolu, Ogun State but you were born and brought up in Lagos. Is your dad very strict on you while growing up?

Yes, I was born in Lagos. But everyone in Odogbolu knows that every Christmas, we are always athome @ the family house in Agada. I always travelled to Odogbolu for extended family events and etc. It has been a culture for me and all of us in the family. Ofcourse since I started my Foundation work and politics, I have been more frequent in Odogbolu. In the military, they teach you how to be very disciplined. So in every aspect of one’s life, they teach you how to be very focused, determined and disciplined. Yes, my father was very strict. He not only has ten of us his children but also had extended family from his older and younger brothers, friends, he chose to be responsible for. My Grandfather was the Olugbon of Odogbon in Agada and a railway worker with the Railway Corporation. He wasn't rich, neither was he poor, but he had many children also. General had to be extremely disciplined and prudent from an early age. He believed without discipline, one will not be able to achieve lots in life. His plan was to educate his entire family and beyond and to God be the glory, he achieved that. Initially, I myself wanted to be a military officer. I admired him a lot. seeing him dressing in military outfit, especially while we were in Abuja, it excited me. But along the line, I had this Aunt, who had a lot of influence on my dad. Her husband was a doctor in thr military also; she was equally a nurse. She influenced me towards leaning to medicine.  I was in Kings College then. I did JSS 1- 3 there. From there, I moved to Ibadan to finish my secondary school in a private school. My primary to secondary school weren't all public schools till my move to Ibadan.So suddenly, Medicine just go planted on my mind. Of course, it is a prestigious profession and my dad and mum supported me. I am also working hard to achieve a lot.

Coming into politics, you contested for Odogbolu Local Government Chairmanship position, unfortunately you didn’t win, did you have your dad’s support. Lots of people reacted that you should have won being the son of former military governor of Ogun State?

Before I started politics, I went to him for his blessings. He asked me why I was going into politics, if it was for going sake or if I had a passion for doing things differently in politics? He also asked that are you sure you are not going into politics to embezzle money? I wasn't shocked as I had heard him on numerous occasions speak about the need for people to want to serve without 'ojukokoro' like they say. He is completely against corruption and laziness in public office holders. A lot of people who know him will tell you he has always been very blunt about this. To God be the glory, while he was the Military Administrator of Ogun State, or Vice President and after, there has not been any case or issue as to this regard. He was and is still a very contented man. 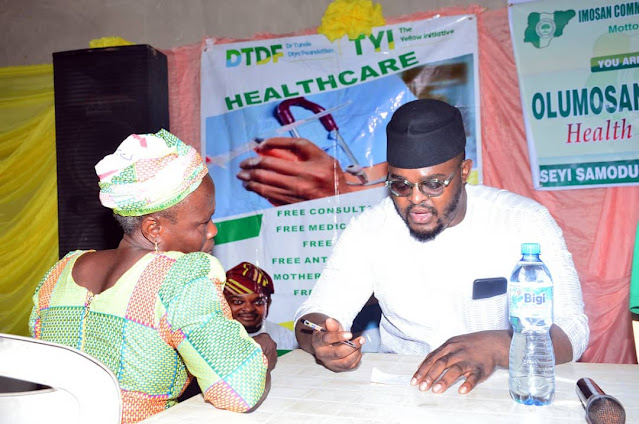 What was your reaction when you contested for Odogbolu Local Government Chairman but it didn’t go your way?

The truth is when I ventured into Politics, I looked around me, there was something about APC that inspired me. APC is a party that provided the platform for Nigerian youths to showcase themselves. APC gives the youth that opportunity to effect the desired change into Nigerian politics. The Electoral Act ( Amendment ) bill just passed by President Muhammadu Buhari GCFR  is exciting the youths right now, more confidence has been built amongst the electorates, voter registration may increase, the technology world is booming with Hundreds of Millions of US Dollars pouring into our economy which is a very youth friendly sector, attractive to the generation Z we may need to handle with a lot of care , unlike the health care sector where that's a sector more appealing to the older generation. All this happening in an APC-led government. So I came in with that passion to make a difference. I set up the Doctor Tunde Diya Foundation (DTDF) with The Yellow initiative ( TYI ). The Yellow Initiative particularly was set up to support His Excellency, Prince Dapo Abiodun, MFR and the people of Ogun State which is a continuous process. If people collectively support  a government, things will move forward for all of us. So for my people and I, the main focus of seeking public office is to deliver the dividends of democracy to the people which is engraved in my heart permanently with a mindset of the need to implement policies that will benefit people. I decided to focus on starting at the Local Government level. A leader in the APC once told me "Politics is from bottom to the top", I took it as a good advice and it stuck, that's why I started from the Local Government Level. A lot of my friends, colleagues, supporters were shocked and felt Local Government was low for me. I thanked them for holding me in high regard but I disagreed with them. To me it has never been about high or low. It has always been about treating the fundamental issues which stem majorly from the grassroots. Tackling it at that point will alleviate a lot from the socio-economic issues and etc. So not winning that election will never stop me from pursuing my goals and agenda to improve the lives of the people of Odogbolu or Ogun State as a whole. The foundation is still on going, the Yellow Initiative is still 100% active with the Environmental Upkeep and Upgrade Work, Health Care Project and the Free Education Work with a lot still planned even after the Elections. It is simply not my work or within my power but Gods work and I am just his servant and messenger.