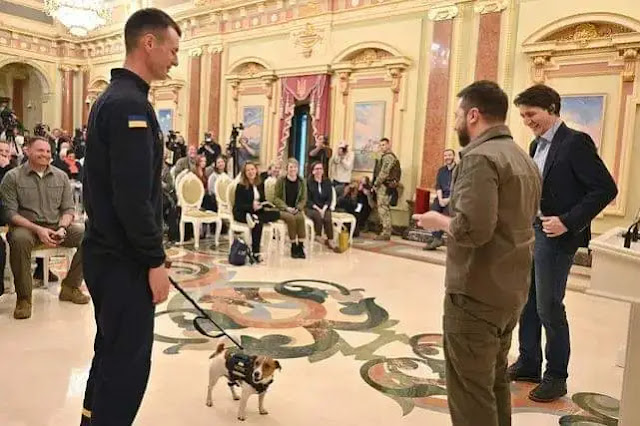 A mine-sniffing dog, Patron, has been awarded the Medal of Honour by Ukraine’s President Volodymyr Zelenskyy.

Patron is a pint-sized Jack Russel terrier and has been recognised for detecting more than 200 explosives during Russia’s invasion of Ukraine.

Patron wagged his tail excitedly and barked as he was awarded a medal by Ukrainian President Volodymyr Zelensky on Sunday for his bomb-detection services. 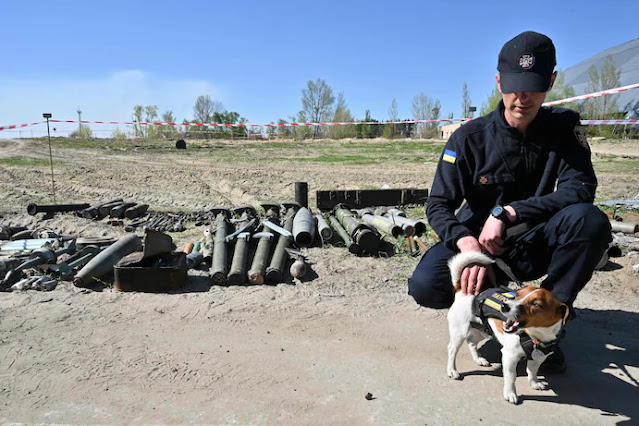 The pint-size Jack Russell terrier has won hearts at home and abroad since the start of Russia’s invasion for his role sniffing out land mines and educating children about the dangers posed by the explosives, which Russian troops scattered along their path of retreat from northern Ukraine.

Describing him as a “small but very famous sapper,” Zelensky said in a statement after the ceremony that teaching children to avoid land mines “is now one of the most urgent tasks.”

Patron — whose name means “cartridge” in Ukrainian, in reference to firearms — has also become a powerful patriotic symbol for Kyiv, attracting a viral following on social media and inspiring a range of artwork, cartoons and even knit toys. Zelensky on Sunday credited him with detecting more than 200 explosives since Russia’s Feb. 24 invasion — an assertion The Washington Post could not immediately verify.

Patron received his award during a news conference with Canadian Prime Minister Justin Trudeau, who made a surprise visit to Ukraine on Sunday and toured the northern town of Irpin, which was heavily damaged during the Kremlin’s attempt to seize Kyiv at the start of the invasion.

Trudeau announced an additional $50 million in military aid during his visit, including funding for demining operations. He patted his pockets during the award ceremony, as if searching for a dog treat, eliciting a yap from Patron.

“Even if the dog barked at me, we’re helping fund that,” he quipped Sunday during the news conference, drawing laughter from those in attendance.