My Informal Retail Lessons During Easter 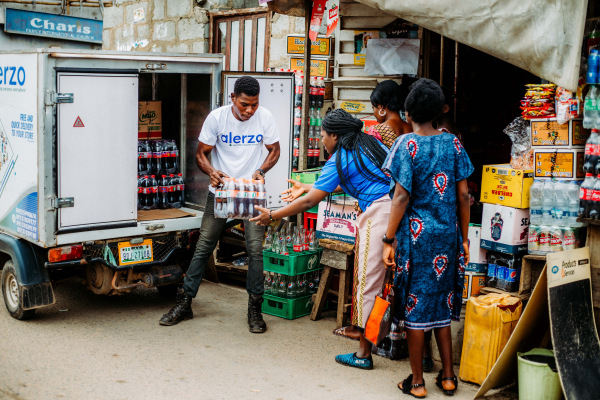 The last Easter holiday was a time off work and the rigour of traffic for residents of an ever busy city like Lagos. For me, it was also an opportunity to physically validate some of my virtual observations. In the last three months, I've come across several contents talking about the ongoing e-commerce disruption in the informal retail sector. The stories are interesting to read. So I took time to gain some first-hand insight.

The retailer down my street has been a lifesaver on countless nights. Those who spend evening hours in Lagos traffic can relate. In front of her shop is an open space where guys gather for evening relaxation. She takes advantage of this gathering by offering chill beer services. As the thoughts of work resumption crept in on Easter Monday evening, I chose to relax at her shop with a bottle of beer. While she served the chill green bottle, I asked if she had also started ordering her goods online. "You mean to order what to sell online?," she asked. “Of course, since you have a smartphone," I responded.

Obviously, she hasn't heard about the new trend. I've read how B2B e-commerce companies like Alerzo are refreshing market experience for retailers like her in tier 2 and 3 cities. I know that some other companies like them operate in other regions of the country and their target is mostly rural underserved communities. Iya-Iman, as we fondly call her, is one who likes having conversations with customers. She was interested in what prompted my question. "I thought people only buy what they need like phones, clothes and others online. Do you mean I can also buy all these things I sell online?," she asked.

I noticed the displeasure in her voice. "Why is it so, is it on credit? Are you not paying for it?," I asked. "You pay them on delivery. They don't sell credit. If you argue too much, they will threaten to drive off, and you will be at a loss because there is no other way to get these drinks. Another annoying thing is that they will mix up products for you, such that you will get like 80% of what you ordered and the rest will be a product that's not moving well in the market. They know we have no choice but to accept. See, I still have 9 bottles of (name of beer product withheld) I have not been able to sell for close to three months now. Will I force customers to buy what they don't like?

"The last time they wanted to add another three bottles for me, I refused, and they didn't sell to me that day. Once they drive off, it will take another 7-8 days to restock. These days, due to ongoing Ramadan, they come twice a week because sales are not moving for them. They even ask if you need this or that. But once this Ramadan is over, they become hostile again. It's the same for both the beer and mineral (soft drink) dealers." Our conversation, which was in pidgin and Yoruba, lasted for less than 20 minutes, but her responses conveyed the plight of several retailers in the area within the little time.

One big revelation in this is that a lot of gap is there for these e-commerce brands to fill with their services, even in major cities like Lagos. Another is that manufacturers are mostly unaware that this kind of gimmick is being applied in the sale of their products. The market is huge and with enough space for healthy competition and collaborations. Retailers will be more than happy to embrace a platform that makes their business easier, safer and more profitable.

Iya-Iman is very much interested in shopping for her goods online, and I now have the task of helping her onboard this digital train. This will surely be the first question she asks when next I show up at her shop.