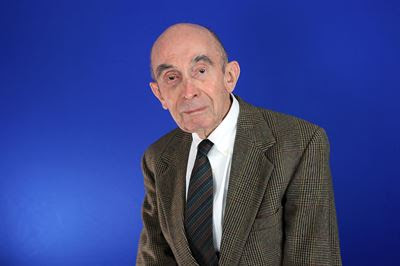 The renowned hydrologist Wilfried Brutsaert is awarded the Stockholm Water Prize 2022 for his groundbreaking work to quantify environmental evaporation, helping to make accurate predictions of the impact that climate change has on local rainfall patterns and water sources.

Professor Emeritus Wilfried Brutsaert, affectionately known as Mr Evaporation, is the world’s leading authority on terrestrial evaporation. Such evaporation is a crucial aspect of the water cycle but very difficult to measure or estimate, particularly on a local level. Professor Brutsaert’s work has provided us with tools to overcome this difficulty.

Professor Brutsaert has developed ways to quantify evaporation and its role in the Earth’s energy balance, allowing for more accurate estimations of how precipitation is likely to evolve. This is of particular importance to exposed local communities needing to predict how much water is available today and how much will be available in the future.

Speaking after the announcement, Professor Brutsaert explained: “This is essential information to have when planning our societies. We must know how much water we will have in order to understand how much more a city can expand, or if we can allow industries to settle in a certain area.”

On being awarded the Stockholm Water Prize, Professor Brutsaert said: “Winning the Prize is a great honour and I hold previous winners and their expertise in the highest regard. For me, this feels like a confirmation that my years spent researching and teaching may have caused some good.”

In its citation, the Stockholm Water Prize Nominating Committee said: “Professor Brutsaert is a top hydrologist and a leader in land-atmosphere coupling research. His innovative works on evaporation and hydrology are of lasting theoretical and practical importance, particularly in view of climate change. In addition, Wilfried Brutsaert has pioneered novel approaches to understanding changes in groundwater storage.”

Professor Brutsaert is of Belgian origin. He has lived in the US, working at Cornell University, for over 50 years. He is William L. Lewis Professor in Engineering Emeritus at the School of Civil and Environmental Engineering. Amongst his written work are the seminal Evaporation into the Atmosphere (Springer) and the broader Hydrology: An Introduction (Cambridge).

The Stockholm Water Prize is awarded by SIWI in cooperation with the Royal Swedish Academy of Sciences. The Prize will be presented to the laurate Professor Brutsaert by H.M King Carl XVI Gustaf of Sweden, official patron of the Prize, on 31 August 2022, during World Water Week. Founding partners of Stockholm Water Prize are Ålandsbanken, Bacardi, PDJ Foundation, WEF and Xylem.