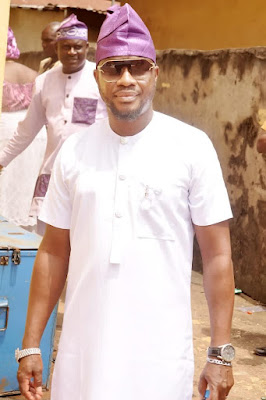 Ahead of 2023 general election in Nigeria, the Advocates For Deltan Way Foundation led by it's executive director, Akponine Samuel Tega has kicked off election awareness campaign to sensitize, educate and galvanize the Nigerian electorates to use the opportunity provided by the coming general elections to take back their country and own the government.

The campaign tagged “OWN YOUR GOVERNMENT" is aimed at creating awareness among Nigerians on the need not to sit back and fold their arms expecting things to change on its own without getting involved. "they must get involved by first obtaining the voters card, then making sure they support and elects the right persons into various positions during the elections".

Deltan Way Foundation is an NGO with the aim of promoting citizenship, education empowering and taking care of the urban and rural poor and less privileged in the society.

Akponine Samuel Tega also urged the Nigerian youths to avail themselves the opportunity of the forthcoming continue voter registration exercise to obtain their voter cards and cautioned them not to sell their cards to selfish politicians as that will amount to trading off their future for peanuts, but rather ensure to vote the right people into elective positions for the betterment of the country.

According to him, “Voting is your right, do not sell your votes or your cards, try and be part of the people who will decide for the future of the country through your votes”

He said that, “the NGO is a non partisan and non political and is collaborating with other organizations that are into building peace and unity.”

He said, “your voter cards are your power and it is important to have it, preserve it and save it because it is a decider to better future.”

He informed the Electorates that the 4th quarter of continues voter registration will commence from the Monday 11 April, urging eligible voters who have not registered to take advantage of the opportunity do so.

He further stated that the exercise would afford people who seeks to transfer their units the opportunity to do so with ease.