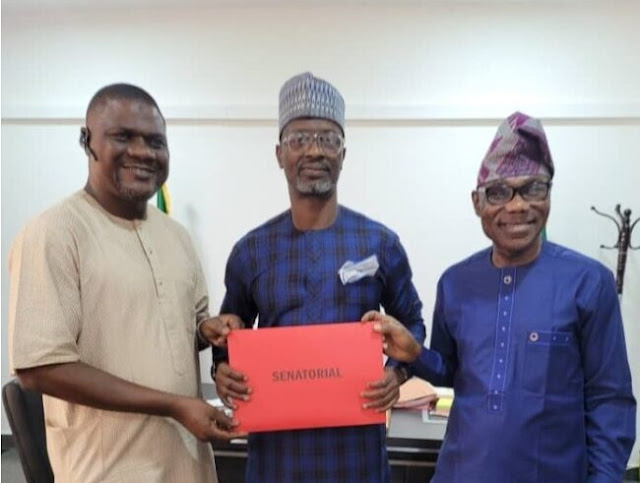 Modupe will be running the race in the 2023 poll under the banner of the Peoples Democratic Party (PDP).

A faithful of the party since its formation in 1998, Modupe (well known as Toks) has served the PDP in various capacities and supported the political aspirations of many members in party and general elections.

He was the Ondo State campaign director of the Goodluck Jonathan presidential campaign for the 2015 election.

After picking the Expression of Interest and Nomination Form at the Wadata Plaza in Abuja, the PDP National Headquarters, Abuja, the aspirant expressed confidence in his emergence as the party’s candidate.

He assured his party members and supporters that with the level of despondency about ‘the abysmal performance of the ruling All Progressive Party by the people of Ondo North senatorial district and Nigeria at large’, he would surely deliver the district to the party in the 25th February 2023 election.