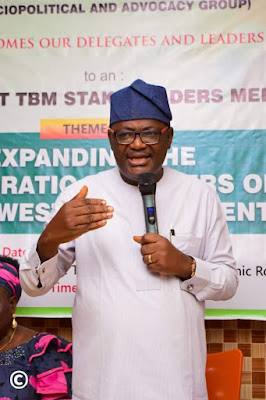 Isiaka put his hat in the ring for the senatorial race on Sunday in Ilaro, at an extraordinary meeting of 'The Believe Movement' (TBM) stakeholders and leaders from Ogun West senatorial district as part of consultations towards the impending polls.

In a communique released at the end of the meeting, TBM leaders from Ogun West described Isiaka as, "A man with verifiable background, worthy antecedents, right networks, proven integrity, undeniable capacity, sterling competences and flawless character – needed to offer effective representation for the good people of Ogun West district."

They saluted him for enduring the last three electoral cycles and significantly, the effort to liberate Yewa/Awori from the shakles of  political oppression and developmental redundancy. 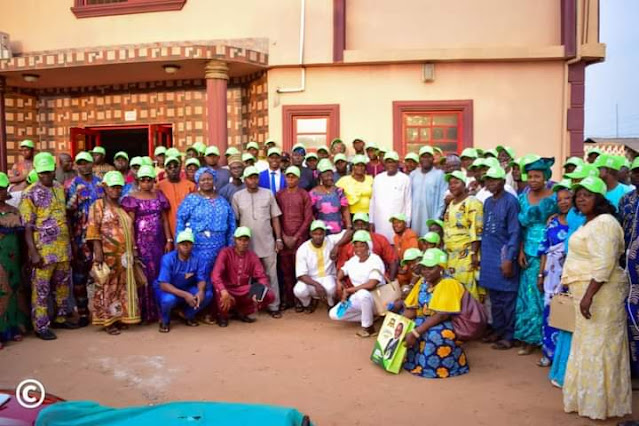 It stated further, "Whereas, history and posterity have already written his name in gold for carrying aloft the progressive banner for this district over the years, it is imperative that he must stay on course, keep his eyes on the ultimate goal while being useful in other capacities of service."

The group, while urging him to heed the patriotic call to serve his people at the red chambers, asked him not to "abandon Yewa-Awori in the hands of political swindlers and masters of subterfuge."

They also declared unflinching support for the reelection bid of the Ogun State Governor, Prince Dapo Abiodun in 2023, noting that "one good term deserves another and we shall work assiduously to achieve that mandate."

Isiaka, in his response, accepted the call to contest the senate seat of Ogun West, noting that "My aspirations have never been about myself but to ensure the development of Ogun State in whole and importantly, the socioeconomic growth of Yewa-Awori land"

"I have consulted widely and I believe this decision is in our best interest at this time. I will be contesting for the Senate seat to offer quality representation via contributions to legislative proceedings that serves the best interest of the majority per time and also the facilitation of top-notch democratic dividends to my district".

The meeting saluted the Chairman of Ogun Guangdong Free Trade Zone for accepting the call, adding that, "He is a true-born Yewa son who has always identified and stayed with his people since coming into the public space in 2004. His contributions to the political and economic growth of Ogun West remains a shinning reference and he will keep up the good work at the Senate."