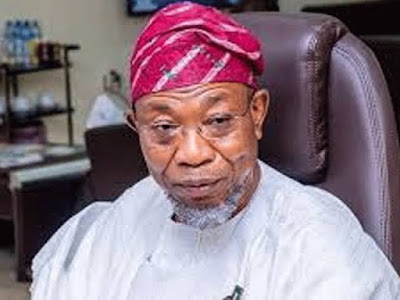 Our attention has been drawn to a sinister plot by an array of one-man pseudo non-governmental organizations, hurriedly put together and plotted by the leadership of the State Government in Osun on Tuesday evening. Their agenda is to precipitate crisis, cause chaos in Osun and disrupt the APC governorship primary election they are poised to lose. They will then heap the blame on the Minister of Interior, Ogbeni Rauf Aregbesola, and call to question his integrity and leadership capacity.

We would not have ordinarily responded to this infantile antic but for well-meaning members of the public who may be worried about the resort to violence by well-known non-state actors sponsored by the current administration in the State of the Virtuous.

It is on record that on Monday whilst returning from a well-attended political sensitization rally in Ilesa, known hoodlums attacked the convoy of the Minister as he approached the popular Old Garage junction in Osogbo.

His convoy comprising of well-trained officers of the Department of State Security, The Nigeria Police Force (charged with protecting the minister) and other security personnel drawn from the Paramilitary services, professionally responded to the daring attackers who were armed with diverse sophisticated weapons.

Having failed to achieve their mission of killing the minister on Monday, the sponsors of the evil plot have now resorted to smearing his name, hoping to achieve through the back door, what they can’t get fairly on the field.

For the avoidance of doubt, the minister is aware of his constitutional role as a member of the governing cabinet, a leading light of the ruling All Progressives Congress and as the Minister of Interior, charged with providing security for the nation.

However, the Minister, just like other Nigerians, also has the democratic right of association as enshrined in our constitution. This, in our opinion, doesn’t deserve the murder of any Nigerian, talk-less of a serving minister of the Federal Republic of Nigeria.

The State Government of Osun in particular has mounted a campaign of calumny against the Nigeria Security and Civil Defence Corps (NSCDC) because they were providing security for some citizens in Osun while they hold meetings and warded off attacks against them.

But they were blackmailed in this same manner into withdrawing their protection, only for the group to be attacked afterwards by thugs loyal to the government.

The public should therefore discountenance the rent-a-crowd pseudo-NGOs. They are clearly misguided.