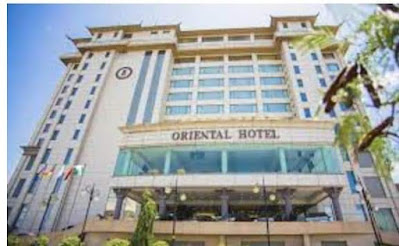 It has been gathered by confirm news that popular Lagos hotel, Oriental Hotel owned by Western Metal Product Company (WEMPCO) along Lekki Epe Express way has been put up for sale for a whopping $150 million.

The Hotel sitting on 9,324 Sqm with over 60 years unexpired lease hood is one of the properties of WEMPCO groups as the company is currently looking at letting go of their investment in the hospitality sector after allegedly being unable to pay several bank loans.

After a heated meeting with the company Board of Directors recently, they agreed that the 13-floor hotel with 133 guest rooms, nine spacious suites and four standard rooms for staff use should be sold and proceeds made should be used to service the loan which the profit should be diverted into another business.

it would be recalled that; during the pandemic, sales and patronage of the hospitality business dropped globally.

Also the #EndSARS protest contributed immensely to low patronage which the company is yet to recover from, a source explained. It was also disclosed that banks are currently after the hotel management for the service of loans they took to invest in the hotel.