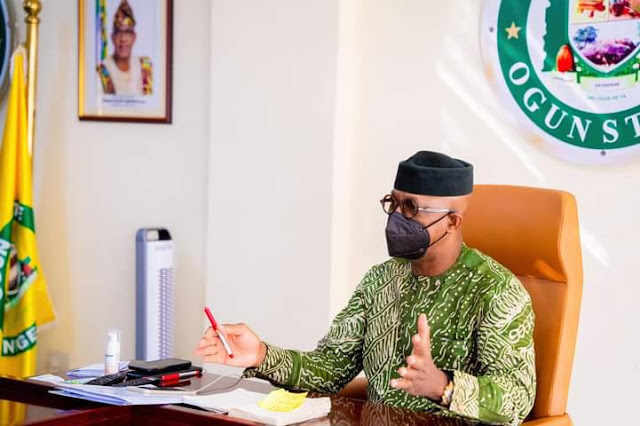 As part of efforts to address the plight of workers and pensioners in Ogun State, Governor Prince Dapo Abiodun on Friday released 2 billion Naira for four months to offset part of Global Cooperative deductions, a debt profile inherited from the past administration.

Similarly, he released another 1 billion Naira for state and local government pensioners' gratuities.

The new gratuities is a 100 percent increment from the earlier quarterly payment of N500m he had earlier commenced last year.

Chairman, Trade Union Congress, Ogun State branch, Comrade Akeem Lasisi, disclosed these at a press conference after a meeting between the leaders of Labour and Pensioners’ Unions and Governor Dapo Abiodun at the Governor's Office, Oke-Mosan, Abeokuta.

According to the TUC Chairman, "we had a fruitful meeting with the governor today. This is a follow-up to other meetings we had before. In the meeting, we told the governor that workers are tensed up and restless  due to non- payment of their deductions and the Governor agreed to do something about it.

"I am glad to inform you that he has directed the immediate release of N1bn for the payment of gratuiities and that N1bn will be released on quarterly basis  for the Pensioners. As at today, four months of global deductions has been paid and the governor also promised to do this on quarterly basis" he explained.

Lasisi also said the Governor has promised that promotion letters for 2O18 will be fully implemented by the new year while promotion entitlement for 2019 would commence by March next year.

Gov. Abiodun also assured workers to expect to enjoy their promotion entitlements for 2020 from between May or June next year.

Also speaking, the State Chairman, Nigeria Union of Pensioners, Chief Waidi Oloyede, appreciated the State Government for the gesture and lauded the Governor for accepting to look into the monthly increment, saying that some of pensioners collect as low as N5,000, as monthly pension.

Secretary of the pension union, Dr. Bola Lawal in his contribution, said, as a responsible union, its members would not embark on any form of protest without informing the government, noting that the last protest was done by an Association and not his union as ,"there is a difference between an association and a union".

Speaking, the Commissioner for Information and Strategy, Alhaji Waheed Odusile,  reiterated government’s commitment to the welfare of workers who are serving and Pensioners who had served the State meritoriously