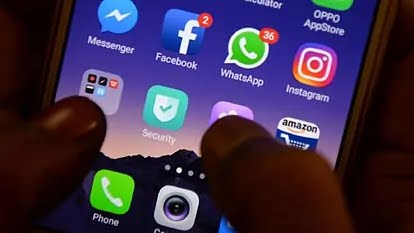 All three apps are owned by Facebook, and as a result use the same infrastructure and all stopped functioning properly around 18:00 CEST (17:00 BST, and 12:00 ET).

WhatsApp was the first to fail - initially the web version, then the phone app, before Facebook and Instagram followed suit, leaving users unable to view their messages or feeds on the three social networks.

The outage wasn't concentrated on one region either, with reports of issues throughout the USA, UK and Europe, as well as Latin America. But there are alternatives to WhatsApp you can use.

As is somewhat customary during such outages, users thought that the internet itself was down, or there was an issue with devices. However, other social networks such as Twitter, TikTok and Telegram were operating as normal.

The last time the three Facebook-owned networks went down was on March 19, 2021 and on that occasion it took a couple of hours for the sites to regain proper functionality.

Facebook's internal systems used by employees also went down. The company did not say what might be causing the outage, and while it can be normal for websites and apps to suffer outages, one on a global scale is rare.

Doug Madory, director of internet analysis for Kentik Inc., said it appears that the routes Facebook advertises online that tell the entire internet how to reach its properties are not available.

Madory said it looks like the DNS routes that Facebook makes available to the networking world have been withdrawn. The Domain Name System is an integral element of how traffic on the internet is routed. DNS translates an address like "facebook.com" to an IP address like 123.45.67.890. If Facebook's DNS records have disappeared, no one could find it.

Facebook is going through a separate major crisis after whistleblower Frances Haugen, a former Facebook product manager, provided The Wall Street Journal with internal documents that exposed the company's awareness of harms caused by of its products and decisions. Haugen went public on "60 Minutes" on Sunday.

The Journal's stories, called "The Facebook Files," painted a picture of a company focused on growth and its own interests over the public good. Facebook has tried to play down the research. Nick Clegg, the company's vice president of policy and public affairs, wrote to Facebook employees in a memo Friday that "social media has had a big impact on society in recent years, and Facebook is often a place where much of this debate plays out."

How do you know if your WhatsApp is down?

The easiest way to verify if WhatsApp is down for you, is to try sending a message via the app. You will notice that there isn't the usual ticks to say the message is sent, but instead the clock symbol to indicate the message is pending delivery.

Why did WhatsApp go down?

WhatsApp have updated users on Twitter, but only acknowledged there was an issue, without revealing why the service has gone down.

"We're aware that some people are experiencing issues with WhatsApp at the moment," WhatsApp tweeted. "We're working to get things back to normal and will send an update here as soon as possible."

"We're aware that some people are having trouble accessing our apps and products," Facebook tweeted. "We're working to get things back to normal as quickly as possible, and we apologize for any inconvenience."