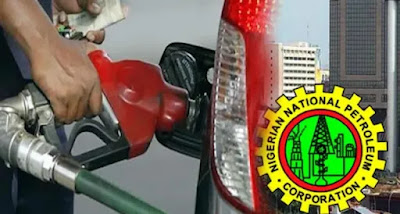 States on Monday condemned the Nigerian National Petroleum Corporation over the manner it was administering the fuel subsidy regime.

The Chairman of State Commissioners of Finance Forum, David Olofu, who stated this in an interview with one of our correspondents, said the states were aware that the NNPC was making subsidy deductions from its revenue before remitting funds to the Federation Accounts Allocation Committee.

He, however, lamented that there was nothing they could do since the  President, Major General Muhammadu Buhari (retd.), who is also the Minister of  Petroleum Resources, must be aware of the issue.

Olofu urged the National Assembly to look into the activities of the NNPC, which he described as non-transparent.

He said this as oil price hit $84 on Monday with the rise pushing the subsidy cost being incurred by the Federal Government to N8.28bn daily.

Although the Federal Government did not make provisions for petrol subsidy in the 2022  budget,  the NNPC on Sunday told The PUNCH that it would continue to subsidise the supply of petrol.

The corporation’s  Group General Manager, Group Public Affairs Division, Garba-Deen Muhammad, told one of our correspondents that fuel subsidy would not be stopped until government and labour concluded their talks on the issue.

The NNPC, had in April alerted the federal and state governments to its dwindling contribution to the federation account as a result of the subsidy.

The corporation,  in a document titled, ‘January to March actual and April to June projected remittance to federation account,”  indicated that it would not make any remittance for the May FAAC after paying fuel subsidy from its revenue.

It added it would only be able to remit N12.966bn to FAAC  in June after removing fuel subsidy from its income.

On Sunday, when The PUNCH asked the NNPC spokesman if the corporation would continue to shoulder the financial burden of subsidy, he replied, “Yes, the NNPC has not made noise about the burden it is carrying.

“And it is something I cannot pass any judgment on because the higher authorities have spoken. The minister the GMD (Group Managing Director of NNPC, Mele Kyari) have spoken that they are engaging labour.

“This is because labour represents the Nigerian people and it is until the negotiations are concluded that the decision will be taken.”

Commenting on the issue, the  Finance Commissioners’ Forum chairman, Olofu, called on the National Assembly to live up to its responsibility by looking into the activities of the NNPC.

The forum chairman said that the NNPC had all along been carrying on as a government on its own.

When asked what the forum would do on fuel subsidy deductions, the chairman stated, “It is not about state commissioners allowing that (deduction of oil subsidy), but it is about the federation, whether the country will continue to allow that.

“We have allowed that all this while; the opaque nature that the NNPC has indulged in. It has carried on as government onto itself. We are aware that the deductions are going to continue.

When asked of the likely effects of the deduction to states in the coming year, Olofu said that states had been and would continue to be at the receiving end.

He  stated, “The likely effect even right now is that we will continue not to get what is due to us as states of the  federation.”

The commissioner added, “I think the National Assembly that has the responsibility of oversight on federal institutions and should rise to its responsibility to ensure that those things change.

“As commissioners, there is nothing we can do apart from raising our voices,  but the National Assembly has the constitutional responsibility of oversight in this matter and it  needs to do the needful.

“It is not a new thing, it is something we have been battling with overtime and we will continue to raise it until the President is able to wield the big stick on the NNPC,” Olofu said.

The Delta State Government also berated the NNPC for not being transparent in the manner it was handling the issue of subsidy and consumption of the fuel.

The state Commissioner for Finance,  Mr Fidelis Tilije, who stated this in an interview with The PUNCH on Monday in Asaba, stated,  “We actually don’t have a choice. Are they not our fathers? They are dictators. They are the Federal Government, so we can’t say anything about the deductions.  They also have refused to be transparent in what they are doing. Maybe they will tell us that the consumption of fuel is 100 million litters a day.

On  the option the state would explore in view of the looming dwindling federal allocation, Tilije said “What we are trying to do in Delta is to run a very conservative budget, so at any point in time, we know that there will be dwindling allocation from Abuja.”

Removal may be the best measure – Gombe  commissioner

On his part, the Gombe State Commissioner for Finance,  Muhammad Magaji, noted that not every citizen benefited from the subsidy.

According to him, it is benefitting a few people especially car owners.

He said, “By subsidising oil, it means they will take the money from their revenue. They should just remove the subsidy.

“There are many things some people do not understand. This subsidy that we are talking about is for people who have cars and for the common man who doesn’t have a car, are you really subsidising him? Subsidy debate is a serious discussion  that may not be exhausted just easily.”

But the Enugu State Government said that it would rather be concerned about how to manage its resources.

The state Commissioner of Information, Mr Chidi Aroh, who spoke to one of our correspondents on the telephone, said that the deduction for subsidy by the NNPC would be best addressed at the level of FAAC, National Economic Council and Nigeria Governors’ Forum.

He said “So there is a structured process in which we discuss issues of revenue sharing, and issues of subsidy and pricing of petroleum and all that. So, we leave that matter to them at that level to deal with, it is not something that is peculiar to Enugu State.

“It is something that is a national issue and there are institutional mechanism to discuss such issues like the FAAC, NEC and NGF, and I am sure that is being handled at that level and it will be handled as the national problem at that level.”

On alternatives the state would be looking at in view of the looming dwindling federal allocation, Aroh said,  “One thing that has been working for the state is the level of governance we have. The governor  has shown unparallel capacity in financial management. I am sure as the days go by, he will strengthen the governance through the state apparatuses including the state executive council which he chairs to review the situations and continue to put in place policies  that help us to manage as best critically to our major needs.”

“It is only when they now analyse the statement and a proper understanding on that statement is made known to us that the government of Ekiti State through me can now make a categorical statement.

“As it is, that statement must go through financial analysis by our experts in that field,” the commissioner said.

The Cross River State Commissioner for Finance Asuquo Ekpenyong Jr, said states were engaging the NNPC over the deductions.

In an interview with The PUNCH, said, “The Forum of Finance Commissioners has engaged and will continue to engage NNPC with regards to reviewing this method.”

The NNPC spokesperson could not be reached for comment on the matter, as his phone number was unavailable when contacted.

Also, a text message sent to him on the matter was not replied as of the time of filing this report.