Hon. Ladejobi Shuaib: Celebrating A Youthful And Humane Political Leader On His Birthday 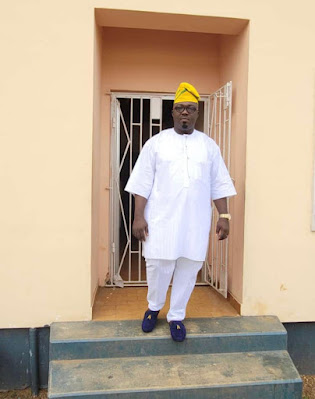 He exemplifies that youth can be a creative force, a dynamic source of innovations, and they have undoubtedly, throughout history, participated, contributed, and even catalyzed important changes in political systems, power-sharing dynamics and economic opportunities.

Your hands of fellowship, hands of assistance no matter how difficult, your readiness to go extra miles to achieve result for others are other special characters that one cannot ignore about you and that is why you are being celebrated today.

As a thorough bred young politician with readiness to serve and indeed ability to learn and to deliver under any condition of the environment Hon. Ladejobi Adebayo Shuaib has indeed distinguished himself.

He is one of those youths who shows other youths that they don't have to remained politically active through “political movements” instead they should engage with and in political parties. Young men and women are traditionally active politically in universities (when allowed) but very often disillusioned with political leadership and political institutions and excluded from policy development. As a result, political activism of youth is not organized according to formal groupings.

People under the age of 35 are rarely found in formal political leadership positions. But, he has remained active and relevant.

The focus on youth, in terms of their engagement in the political arena, is a relatively new priority but extremely timely, particularly in light of recent events and democratic transitions and having someone like Honourable Ladejobi Adebayo Shuaib, representing a big and literate Local Government like Odogbolu is indeed a role model for other youths.

As an aspiring political leader and a true steward, a loving husband and father, a charming and tactful friend, I just want to thank you for all your amazing efforts over the years as a visionary servant-leader who will represent the aspirations of the people and communities; you are truly a man who puts others first!

I join the whole world, corporate, political alike, to stand up together to celebrate this youthful icon on the occasion of his birthday.