Anambra 2021: Be part Of A New Common Sense Revolution, The Umunna Way 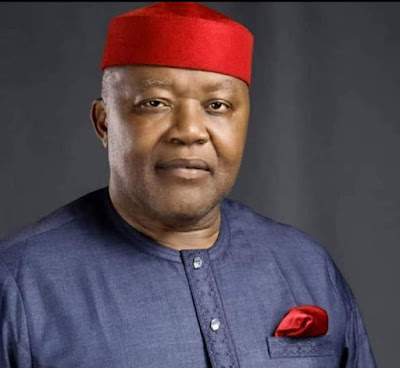 Soon, November will be here, the month that will put to rest all the political jambodi. The month that will redefine our destiny for good. November will be a month to remember as many noise makers will "fail" and most silent achievers will "pass". As we throttle down to the D-day, have it in mind that noise makers will continue with the noise even after this blessed month of November.

While many political gladiators are busy campaigning, roaming about the streets, firing from all cylinders, the real man for the job is quietly pushing Umunna common sense revolution across the length  and breadth of Anambra state. Vigourously, preaching the gospel of Umunna affairs and governance.

It costs next to nothing for you to constantly remind our politicians that crept into power with less than half the vote that you are the voter and you are the boss. It’s not revolutionary, but it is common sense.

You can be part of Umunna Common Sense Revolution.  Approach your Umunna, tell them to use their common sense and their votes in the November 6 election to set some ground rules for the next government.

The Umunna Revolution will revamp the ravaged education, health care and public services. Let's bring some common sense into the discuss.

Times have changed and we ndi Anambra who support good public services should rally under Umunna common sense banner to elect ADC's Nwankpo Ochiagha Umunna as governor. The storms are gathering, noisemakers will loose the battle, but ochiagha Umunna will win the war.