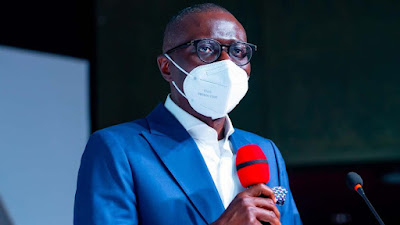 The Senator representing Lagos West Senatorial District, Solomon Olamilekan Adeola, has expressed confidence in the administration of Lagos State Governor Babajide Sanwo-Olu. He said the incumbent had done his best to develop the state in the area of infrastructure and his response to the COVID-19 pandemic.

The lawmaker also declared that the senatorial district was in support of the 2023 presidential ambition of the National Leader of All Progressives Congress (APC), Bola Ahmed Tinubu.

Adeola, who spoke while addressing massive supporters of Lagos APC during his quarterly empowerment programme where about 3,500 beneficiaries were given items like sewing machines, head driers, money and other skill acquisition benefits in Ogba at the weekend, urged unrelenting support for Tinubu’s 2023 presidential ambition.

He said the country stands to gain a lot from his leadership and experience.

“We just want to enjoin you to continue to support the party, Tinubu and his 2023 presidential vision.  “Sanwo-Olu is doing well in Lagos. The state has enjoyed relative peace under him. Lagos remains the safest state in Nigeria today. The government is not lacking in terms of infrastructure and he is doing everything to make the state the best in the country.

“Everything I have been doing in my zone as one of the representatives of the state in Abuja is to complement what the governor is doing for Lagos,” he said.