Why Obiano Should be Worried Over Who Succeeds Him In 2022 By Dr. Harris Chuma-Odili, FCMsp 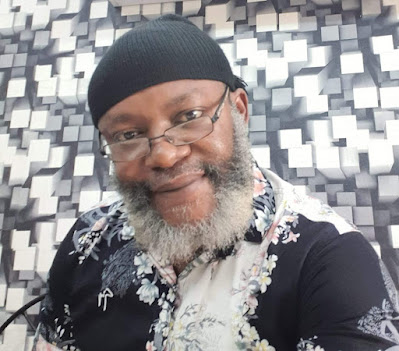 The anxiety over the likelihood of abandonment of all the reforms Willie Obiano's administration has put in place by his successor should preoccupy the outgoing governor's mind, and considered his greatest challenge.

Reading the public opinion, gathered after a painstaking exit-survey, it is clear that many people are already asking questions if the reforms and changes Governor Obiano has made and implementing will continue after his tenure in office.

My sincere advice is that the Willie Obiano's led administration should continue to strengthen the institutions, sustain the effort in rebuilding the public and civil service before handing over the baton. Governor Obiano should ensure that while leaving office, the structures and institutions that his administration built would remain and continue to sustain his developmental strides.

From apolitical viewpoint, Obiano's led administration has done so much in the area of media, rebranding state owned Newspapers,  "National Light" is a newspaper published by the Anambra Newspapers And Printing Corporation (ANPC), owned by the Anambra State Government. It is the longest-thriving state-owned newspaper in Nigeria, having lasted as long as the state, which was created on 27 August 1991, following the split up of the Old Anambra.

It is the ANPC that also publishes the only Igbo Newspaper currently existing in Nigeria, known as Ka Ọ Dị Taa, which was introduced in July 10, 2017 as a sister newspaper of the National Light, with the arrival of the corporation's current MD/Editor-in-Chief, Sir Chuka Nnabuife who assumed the office in 2014. Both the National Light Newspaper and the Ka Ọ Dị Taa have received a plethora of awards from different organizations across the country.

Also, the Obiano's administration retouched the Anambra Broadcasting Service (ABS) Radio and Television brand. With Dr. Uche Nworah as the MD/CEO, the state government owned broadcast organization has witnessed massive transformation into a fully digitized media organisation, with state-of the art facilities and trained broadcast Journalists. Gov Obiano has strengthened these institutions and equipped them with world-class technology.

The next governor will be voted into office November 6, 2021, to serve the people of Anambra. Surely, the new governor will not have issues with strengthening the existing structures. He is expected to hit the ground running, not crawling. His first 100days in office should speak volumes. The security of lives and properties should be top on the list.

In recent times, the crime rate has hit the highest level; the security challenges appear insurmountable. The new governor should make concerted effort towards arresting the ugly situation. In his first 100days in office, his critical assignment should be; the full restoration of the dwindling fortunes of Obiano's security architecture. The only guarantee is our resolve to choose the right person to succeed the incumbent.