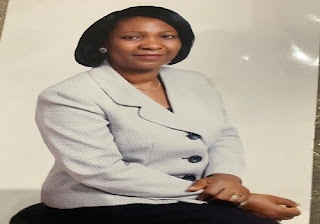 After about a year of impasse and internal political wrangling that characterised the selection process for the 9th substantive Vice-Chancellor of the Lagos State University, Prof Ibiyemi Olatunji-Bello has emerged the VC of the state-owned institution.

Her appointment was approved by the Visitor of the school and the Lagos State Governor, Babajide Sanwo-Olu, which was communicated in a statement signed on Thursday by the state’s Commissioner for Information and Strategy, Gbenga Omotoso.

Olatunji-Bello, the first Professor of Physiology at the LASU College of Medicine in Ikeja was a former acting Vice-Chancellor of the university between January and October 2011.

With her latest appointment as the 9th substantive VC, 57-year-old Olatunji-Bello became the second female VC of the university established in 1983, 28 years after the institution’s first female vice-chancellor, Prof Jadesola Akande, who was VC from 1989 to 1993. Akande had taken over from Prof Folabi Olumide, the first VC.

After a rigorous selection process that lasted months, Olatunji-Bello as well as two other candidates; Prof Omotayo Awofolu, and Prof Senapon Bakare, were recommended for the position in order of ranking respectively but Sanwo-Olu on Thursday approved the appointment of Olatunji-Bello.

Announcing Olatunji-Bello’s appointment as the 9th substantive VC of LASU, the Lagos information commissioner said her appointment followed the “recommendation by the Joint Committee of Council and Senate of LASU in accordance with the LASU Law, Cap 169 Vol 7, Laws of Lagos State”.

“The process of selecting a substantive Vice-Chancellor for LASU commenced with advertisements for the vacant position in three National dailies on Friday, July 30th and Friday 13th August, 2021 respectively.

“The tenure of the 8th substantive Vice-Chancellor of the University, Professor Olanrewaju Adigun Fagbohun, lapsed on January 11, 2021,” Omotoso explained.

Acknowledging Olatunji-Bello’s appointment in a statement, LASU spokesman, Ademola Adekoya, said the Acting Vice-Chancellor of LASU, Prof. Oyedamola Oke, “on behalf of the Management congratulates Prof. Olatunji-Bello, mni, on her appointment and wishes her a successful tenure of office”.

Over 30 years in the lecture room

“Prof. Ibiyemi Olatunji-Bello then proceeded to Methodist Girls High School, Yaba, and Lagos State College of Science and Technology, Ikosi Campus where she did her ‘A’ level in 1982.

“She assumed duty as the First Professor of Physiology in Lagos State University College of Medicine on 2nd of October, 2007.

“On 22nd December 2008, she was elected the Deputy Vice-Chancellor for a period of two years and re-elected, for a second term in 2010.

“She was until recently, the Director, Lagos State University Directorate of Advancement.”

The new VC is a member of the National Institute and holds a Fellowship Award of the Physiological Society of Nigeria. She was also appointed a Fellow of the Environmental Toxicology and Pollution Mitigation in the year 2019.

Olatunji-Bello is the wife of Lagos State’s Commissioner for Environment and Water Resources, Tunji Bello.

With her appointment, Olatunji-Bello joined the league of female vice-chancellors in the country like Prof Lilian Salami of the University of Benin, Prof Florence Obi of the University of Calabar, amongst others; who team up with their male colleagues to push the frontiers of higher learning and innovation forward in the 21st century.