Pastor Adeboye Reveals How An African President Begged For His Attention 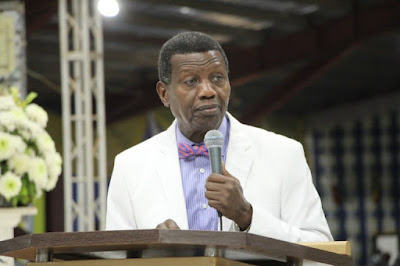 General Overseer of the Redeemed Christian Church of God (RCCG), Pastor Enoch Adeboye, has recounted how he spent nearly three hours locked in a conversation with the President of an African country who had granted him an audience of not more than 15 minutes.

Adeboye disclosed this on Sunday while delivering a sermon at the dedication of Love of Christ Generation Church C & S Cathedral, Victoria Island, Lagos, stressing that he enjoys such privilege due to his mission for Jesus Christ.

Reports has it  that the RCCG G.O. however did not mention the President neither did he let out the name of the country nor the year the visit happened.

In his words, “Some years ago, my wife and I went to one African country to hold a crusade, Holy Ghost Service, we said we will love to say hello to the President, they said okay he says you can come, maximum fifteen minutes.

“When we got there, he said pastor I have heard about you, you are welcome to my country and all of that, he began to talk and for one hour, it is very difficult to say to the President we have to leave.

“As it was going to two hours, I said sir your people are waiting in the stadium he replied, ‘let them wait, they have people they can talk to but I have no one I can talk to and I don’t know when you will be here again, let me tell you all I have to say’.

“Finally, almost three hours later, we managed to come to prayers. On our way back to the car, I said to my wife, who am I but for Jesus,” Adeboye said.

The revered cleric then painted a picture of his humble background, disclosing that as the son of a farmer, he was so poor that poor people called him poor.

He said further, “only recently when I wanted to go home by helicopter, the pilots looked at the map of Nigeria and they couldn’t find my village, things are different now, they have put it on the point now.

“The point I am making now is this, standing before you is the son of a nobody, himself a nobody, born in an unknown place but he met Jesus and that changed everything.”