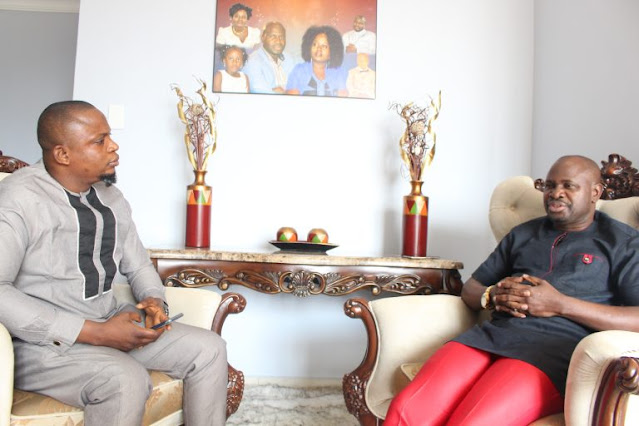 Although we have many issues in Christendom today, we can not take away the fact that we have true men of God who are after the success of their spiritual sons even in their personal ministry.

One of the popular men of God who have enjoyed this grace is Nigerian Prophet Samuel Akinbodunse, the founder of Freedom For All Nations Outreach (FANO) based in South Africa. The ride to the top wasn’t a rosy one for the prophet as he never planned to go into ministry until the declaration came by another top prophet, Hezekiah Oladeji who later became his spiritual father.

Prophet Samuel Akinbodunse during an interview with Publisher of Conquest Magazine went back the memory lane and explained how Prophet Hezekiah Oladeji singlehandedly sent him to South Africa to start his own ministry in 2001.

The south Africa based prophet made it known that the call to be used by God has been on him since birth and for this reason, he lived with his uncle as recommended by a prophet who met his mother before his birth.

Prophet Samuel made it known that his first encounter with his spiritual father was at a programme he attended with his friend and before the programme ended, the Prophet pointed to his from the crowd and said God wants him to be a prophet to nations.

After this, he and his friend met him later and they were subjected to marathon prayers which made him have a vision about his mission to South Africa.

As juicy as it was, there was no money to sponsor his trip but Prophet Hezekiah came to his rescue by emptying his bank account. 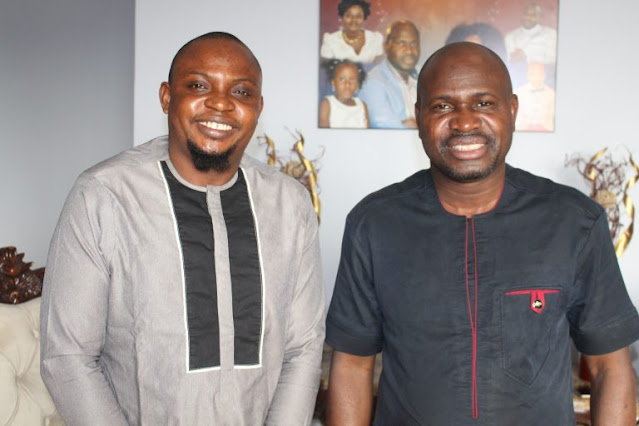 I was four years old when I left my parents. My mom said  a prophet told her she shouldn’t raise me because God wants to use me. They asked me to stay with my uncle but I noticed whenever I say a thing, it comes to pass and I also have dreams.

My uncle was a teacher in GOFAMINT, I was a member of the scripture union then and one day, a friend of mine asked me to follow him to a progamme which I followed him though I had plans to play soccer. The program was hosted by Prophet Hezekiah. While we were about to round off, the man pointed at me from the crowd and said I am going to be a prophet to nations. I didn’t know he was talking to me till he mentioned it again. I got angry actually because in all jobs available, he said I will be a prophet and for where I came from, a prophet is seen as one with a familiar spirit.

One day, my friend and I went to his house and said he was going to meet Obasanjo for prayers in Abuja and asked that we should be in his house till he returns. We were there and he left. To my surprise, he went behind the window and tossed the key to us despite the fact that he didn’t want us to go out. We were there praying, I didn’t go out but the other person went out. Immediately he went out, I had a dream that night. I saw a sliding door and I saw myself carrying a briefcase. I heard a voice saying I should hurry because the king is waiting for me.

I was running as I heard the voice to my surprise, the door opened itself. When I entered I saw an old man, very tall. When I looked at his eyes, immediately his face became that of prophet Hezekiah. He welcomed me and asked me to look up, when I did I saw two long buses and he asked about my other person but he was not there. Still in the dream, he gave me the keys to the buses and asked me to enter anyone I wanted. As I moved close, the door to the bus opened, I didn’t use any key and the bus started moving itself. Before I knew it, I met myself in South Africa with my luggage. The same man appeared to me but not like Baba Hezekiah again, and told me to take counter 12 when I arrived. I went there still in the dream and they didn’t ask me anything.

When we got outside the airport, he gave me a bible and told me to liberate the people of God. Immediately in that place, we were in several places in South Africa, I was shown different races and he prayed for me.

I woke up and spoke to my friend about it. He asked me not to tell anybody which I listened to. Baba Hezekiah came back and asked what we saw, he spoke ahead of me and said we didn’t see anything.

After that, everything I was doing scattered, I went back to soccer and broke my hand, where I was working then had issues, things were upside down after the revelation.

I went back to the prophet during a programme at the mountain and never returned to my apartment.  I always wanted to be a pilot, custom officer but when I saw him, I said I wanted to be one of his. I was there till one day he made a statement asking me how long I wanted to be my own enemy. My mind opened and I went to him to tell him the vision. He asked me why I didn’t tell him, and I explained that it was difficult because we had no money.

He asked us to meet him in Ibadan during an open air crusade. During the programme, the spirit of the lord came upon one woman and in the crowd, she revealed that there is a son under his roof who has an assignment with God, and that he shouldn’t keep him any further.

He knew it was me and when he came back, he called me and told his wife that he wants me to go to where God sent me to. He said to his wife that she should withdraw all the money left in his account. He gave me 570,000 and that was in 2001.