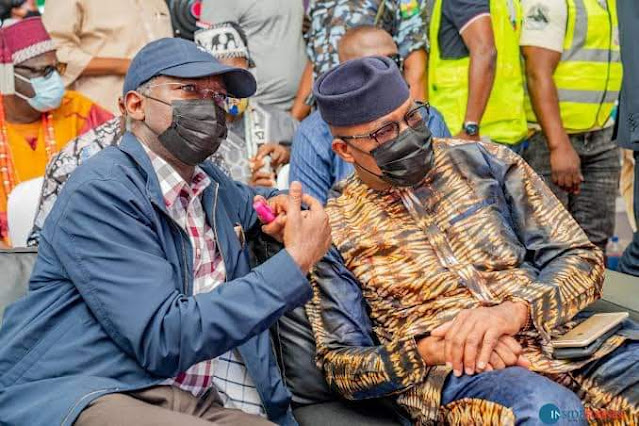 Following the intervention of the Ogun State governor, Prince Dapo Abiodun, Babatunde Fashola the Minister of works and housing has committed to immediate rehabilitation of the failed portions of Lagos – Sango-Abeokuta federal highway.

Works and Housing Minister, Raji Fashola, gave the commitment on Tuesday during a teleconference between the State Governor and the Minister’s Team.

According to a statement by the Governor's chief press secretary, Kunle Somorin, areas of immediate attention are the failed portions around Sango-Otta on the Lagos - Abeokuta express road and the Otta - Idiroko road. These Federal roads have become a nightmare to motorists and commuters.

A team of engineers from the Federal Ministry of Works is expected on Thursday for assessment preparatory to commencement of the rehabilitation works.

At the meeting called at the instance of Governor Abiodun were the Minister; managing director, Federal Road Maintenance Agency (FERMA), Engr. Nurudeen Rafindadi; Director of Federal Highway (Construction and Rehabilitation), Engr Folorunso Esan; among others.

Governor Abiodun reassured the citizens of the State that his Administration will leave no stone unturned in his commitment to build and upgrade public infrastructure across the state, the statement concluded.