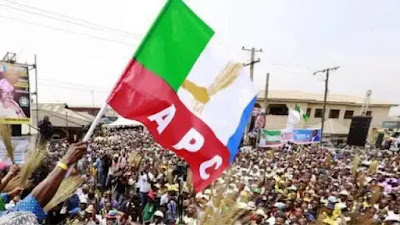 Chief Ben Adaji, a chieftain of the All Progressives Congress (APC) in Taraba, has cautioned the party against imposition of candidates and party leaders, ahead of 2023 poll.

Adaji said this when he spoke with with newsmen in Jalingo on Thursday.

The chieftain, who is a former aspirant for the Ankpa, Omala and Olomaboro Federal constituency House of Representatives seat in Kogi, said that past experiences had shown that the practice had always resulted in negative consequences.

Adaji noted that the fall of the opposition Peoples Democratic Party (PDP) in 2019, was largely caused by imposition of candidates and party leaders.

He advised the APC leadership to allow members to choose their leaders at all levels as well as avoid imposition of unpopular candidates during election.

Adaji also urged the APC to be weary of some defected members from other political parties, as they might cause problems in the party.

“We want the APC to be different from PDP in all its conducts having emerged through opposition to defeat PDP.

“For APC to have snatched power from PDP, the largest political party in Africa, that means people look at the party as better alternative to the PDP.

“Therefore, the APC must be very carefully in carrying out all it activities without bias and injustice.

“I advise the party officials at all levels to allow free play ground for aspirants to test their strengths and popularity.

“Without justice, the party should be ready to contend with stiff resistance and crisis because candidates will not accept to be shortchanged anymore,” he said.Adaji added: “I equally call on the youth to resist vehemently any attempt by the party to impose candidates for 2023 elections.

“We expect the APC to correct the imbalances that caused the fall of the PDP and build on those mistakes to consolidate on its gains.

“We also caution the APC to be weary of the new entrants, some of them might have contributed significantly to the woes of their former parties and may wish to perpetrate the same evil acts in their new party.

“The problem of political parties is not peculiar to the APC but it should allow justice to prevail and that will give the party the uniqueness as a mechanism for internal democracy.”