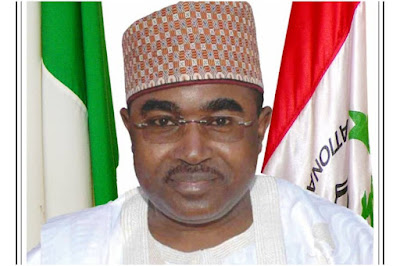 The Chairman, National Drug Law Enforcement Agency (NDLEA), retired Brig.-Gen. Buba Marwa, has called on all leaders and stakeholders across the country to see the urgent need to rid Nigeria of drug scourge.

Marwa made the call at a public presentation of a book entitled: “Victory in Defeat” written by retired Brig.-Gen. Larinde Laoye on Saturday in Ibadan, Oyo State.

In a statement by the Director, Media and Advocacy, Mr Femi Babafemi in Abuja, Marwa said that leaders at all levels must attach some urgency to the need to rid the society of the drug menace.

Marwa said that it had become necessary for NDLEA to advocate a new social order where drug test became the norm for couples as part of the wedding rites.

He said that drug test for students as a continuous process starting from admission into tertiary institutions was not excluded.

This, he said, included government employees as part of the employment process and periodic validation of their employment.

He added that it was expedient to awaken the consciousness of the audience and indeed all Nigerians to the urgent need for them to support the NDLEA.

He said the measures were efforts to save the country from the menace of abuse and trafficking of illicit substances.

The NDLEA boss also said that it was the wish of the agency to see that the younger generation follow the illustrious path of Gen. Laoye.

“Our record at the NDLEA in the first five months of this year calls for sober reflection.

“More than 5, 000 arrests, more than 3, 000 charged to court with more than 500 convictions, 2,772 individuals were counselled and treated for drug-related problems.

“More than two million kilogrammes of assorted drugs were seized and more than N90 billion worth of drugs and cash recovered.

“These statistics are alarming and are red flags about the need to safeguard the future of the young generation.

“We came from all the corners of this vast country of ours, north, east and west, united in a common purpose to honour our brother and felicitate an illustrious citizen.

“In our common fellowship here today, there is no room for ethnicity, religious bias or political differences. We are here as one big family, as a microcosm of Nigeria.

The News Agency of Nigeria (NAN) reports that other dignitaries at the event included a former military governor of Lagos state, retiref Brig.-Gen. Raji Rasaki.