Access To Education: Does Nigeria have 14 million out of school children? 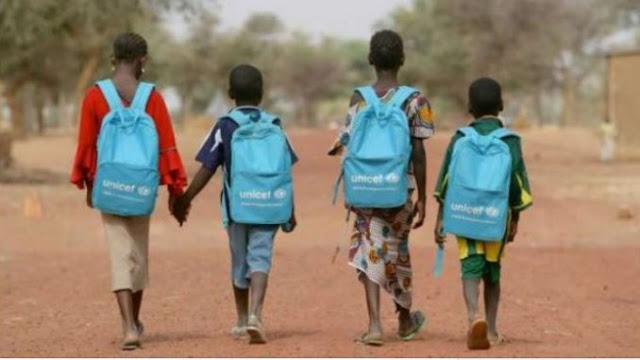 The latest out-of-school figures prove that although Nigeria is still far from attaining public access to quality education, approximately 14 million children in the country are not in school. President of the Senate, Ahmad Lawan while giving a speech in Abuja on July 23, 2020, at the launch of Senator Sadiq Suleiman Umar’s, “How I Became A Senator in 30 Days”, said Nigeria has 14 million children out of school.

Although the Sustainable Development Goals emphasise access to early childhood education, care, and pre-primary education as an integral part of children’s education, many children in Nigeria do not have access to education, especially in areas ravished by violent extremism and conflicts. President Muhammadu Buhari in June 2016 introduced a school-feeding program to promote an increase in school enrolment and also established more nomadic and “Almajiri” schools In the Northern part of Nigeria for street children.

Back in October 2018, Executive Secretary of Universal Basic Education (UBEC), Hammid Bobboyi, quoting findings of a Demographic Health Survey (DHS) carried out in 2015 by the United Nations Children Fund (UNICEF) and the Nigerian government, said that Nigeria’s out-of-school children had risen from 10.5 million to 13.2 million.

There has also been reports by various News organisations including The Guardian newspaper reported on May 26, 2019, that a group, ProFuturo, through one of its implementing partners, The Kukah Centre, said its research revealed that the number of out-of-school children in the country had increased from 10 million to approximately 14 million out of the country’s approximately 30 million primary school-aged children.

While marking Day of the African Child in Nigeria on June 9, 2019, the United Nations Children’s Fund (UNICEF) in a statement it issued, stated that 13.2 million children were out of school and about 10.5 million of this number are in Northern Nigeria even though primary education in the country is officially free and compulsory.

After researching and reviewing data from various surveys carried out by credible institutions, we conclude that Nigeria has approximately 14 million out of school children, the highest in the world.