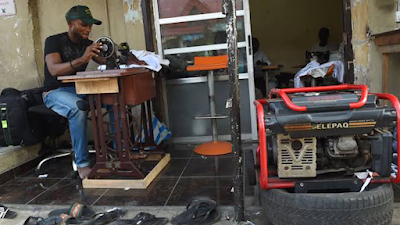 A new environmental ruling by the Abuja Municipal Area Council (AMAC), has caused a bit of uproar online, with business owners in the Federal Capital threatening to go to court over a N50,000 levy per generator for emissions.

In a popular online post earlier this week, a business owner cried that she has been forced to pay a Business Levy, which they say is extortion especially in the current economic climate which has been severely impacted by the pandemic.

Climate change has been an area of interest to the federal government, as has been the rising cases of conflict and deepening hunger in various parts of the country. A recent report by the World Food Programme (WFP) and the Food and Agriculture Organisation (FAO) identified Northern Nigeria and 22 other conflict areas as hunger alert hotspots for the next four months due to covid-19 and conflict.

The issues caused by conflict and climate change in Nigeria have also seen the United Nations launch a task force to address the risk of food insecurity in Northern Nigeria, saying that the plan would require the raising of the sum of $250 million.

In a statement earlier this week, the Abuja Municipal Area Council (AMAC) revealed the new levy is also in line with the provision of section (2c) of the fourth schedule to the Nigerian Constitution which is amended under the function of the Local Government Authority and Federal Environmental Protection Agency ACT(FEPA) Section 25.

The Director Public Health of AMAC, Ahmed Haruna said, “The Management of the Abuja Municipal Area Council Environmental Services wishes to notify you of levy/fees due to AMAC for Gaseous Emission permit.”

He added that the levy covers the discharge of harmful hazardous substances into the air or the land and the water in Nigeria by the activities of industries, warehouses, banks, either from generators or heavy-duty drilling, production, construction and manufacturing equipment, filling stations, etc. The statement added that failure to comply with the regulation is a punishable offence, and will “seize the activities of the organisation and arrest as prescribed in part iv section 27 subsection 1abcd and (2) of the FEPA ACT 1992.”