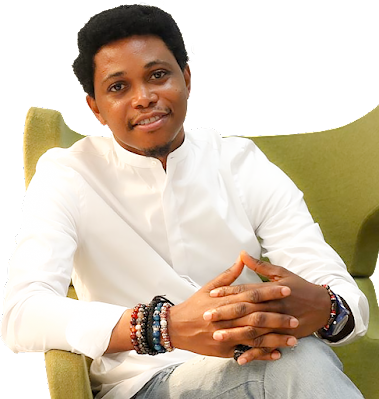 While at the Group, Ozekhome led multidisciplinary teams through the development of innovative services and products from conception to realization. He collaborated with connection planners, data scientists, strategists, product managers and entrepreneurs to design future-forward marketing toolkits, programs and strategy playbooks for applied innovation and business transformation in the SSA market.

Ozekhome has been a staunch proponent of decoupling the advertising business model and has published scores of articles, white papers and trend reports on the future of agency and advertising in Africa. Some of his most famous pieces on this subject includes “The CEO Agency Playbook for Strategic Innovation”, “Agency of the Future Pt. 1: From Services to Platforms”, and Agency of the Future Pt. 2: Business Model Innovation.”Now, after fourteen years, Ozekhome is in full swing to kickstart his innovation company. This is considering that he has always been a strong proponent and advocate for trends research, consumer intelligence and cultural foresight, and through the TINK platform, has published dozens of trend reports on mobile youth, fintech, beauty and wellness, travel, luxury, fashion, music and street culture. Details about the “next best thing in advertising” is still been kept under wraps, but sources close to the seasoned professional say that Franklin would definitely put a cool spin on the traditional agency model which is typical of his outlook and worldview.

His advertising journey started at mediaReach OMD in 2003 where he joined the Promasidor and Guinness team as a Media Planner/Trainee. He worked closely with media planning veterans such as Femi Adelusi (now GMD BrandEye Media/BrainBox and MIPAN President), Brenda Nwagwu (CEO, QVT Media), Uwem Afanide (COO All Seasons Zenith) and Dele Odugbemi (Country Manager JC Deaux) who mentored and provided him with a solid foundation to launch his advertising career.

After a couple of years, Franklin moved on to STB McCann as a senior planning executive and head of new media (as digital was then called in the 2000s) where he worked on Vanilla Coke, Peugeot and British Airways campaigns.

Ozekhome is regarded as one of the top thinkers in the advertising world and one of the most sought-after strategists within the marketing communications landscape. He is a regular feature on industry platforms and has published marketing articles on his blog “Inside the Mind of a M/Ad Man”, a theatrical showpiece for sharing perspectives, opinions, and anti-establishment rants.