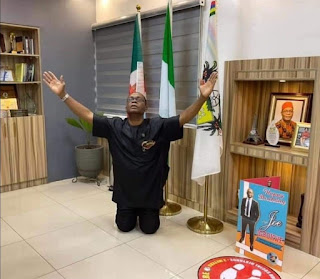 We gathered that Joe Igbokwe stated that Igboho’s detention demonstrated that “Juju” does not function. 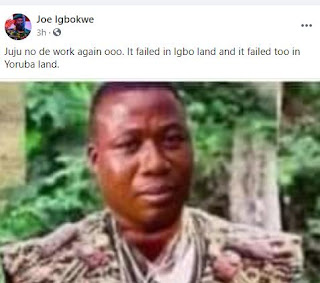 Sunday Igboho had been at the vanguard of the campaign for the Oduduwa Republic.

Igboho quest for the Yoruba nation has taken him to several states in the Southwest.

A few weeks ago, officers from the Department of State Services, DSS, raided his home in Ibadan, Oyo State, but he managed to flee.

During the invasion, some of his accomplices were captured, and others were supposedly assassinated by the secret police.

Igboho, on the other hand, was detained last night in Cotonou, Benin Republic.

He was allegedly on his way to Germany when he was apprehended at the airport.