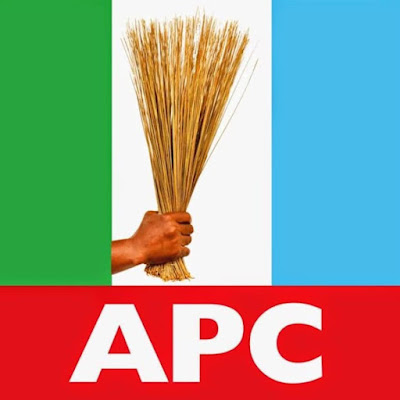 Ahead of the July 31 commencement of ward, local government and state congresses of the All Progressives Congress (APC), National Youth Leader of the party, Ismael Ahmed has advocated the robust inclusion of the youth in various positions at all levels in the party hierarchy.
Stressing the imperative of active youth involvement in national polity, Ahmed urged stakeholders of the party across the country to engage the youth in driving the activities of the party.
The National Youth Leader made these assertions on Tuesday at the virtual inauguration of national and zonal lobby committees for youth inclusion in ward, local government and state congresses of the APC.
While commending President Muhammadu Buhari for his youth-friendly policies, the National Youth Leader acknowleged the untapped potentials of the youth in nation building.
Ahmed, noted that the youth will work harmoniously with the older generation in building a genuine democracy for the sake of national progress.
In his speech at the event, which reads in part, he said, "Prior to my being named the National Youth Leader of the APC, right from 2013 if I remember correctly, I have had the pleasure and privilege of working together with some, if not most of you, and exchanging thoughts and ideas on how the young people Nigeria can, not just become actively involved in politics, but in becoming part of the decision makers and implementers when it comes to political matters. All through that time, I always emphasized that we must “TAKE PART TO TAKE CHARGE”.
"Today, we all can agree that for some years now, we have been actively taking part. We the young people have always been the ever reliable foot soldiers during campaigns for elections at all levels. When political discussions pertaining to administrative policies and activities moved online to social media, we the young people became the first line of defense for the administration. At every turn, we have worked and played our part tirelessly.
"However, going by recent events, it is now quite clear that it is time we take charge. So how do we go about that? With the assignment before us today as members of National and Zonal Lobby Groups, the mandate is clear: to engage with Party Leaders, Governors, Legislators, Ministers, Elders and other critical stakeholders within our zones to ensure that many party positions are manned by the youth at the lower levels. "The reason for this is quite simple.
The youth have endlessly shown that we possess the energy, the commitment, and the brains, of course, when sticking our neck out for the party. So it is only logical that same young people are supported to assume roles at various levels to run the affairs of the party, and it starts with what we have been tasked with as members of these committees.
"As we begin our assignment, I implore and urge every one of us to carry it out with the utmost dedication and commitment we are known for. While engaging the Party Leaders in the zones we have been assigned to, we should put forth compelling arguments with logic and reason as to why it is in the best interest of the party and the country at large, to have the youth involved in decision making for the APC.
We should have it at the back of our minds that the positions for Youth Leaders at the Ward Level are reserved for persons not older than 35 years of age. For positions of Chairman, Secretaries and PROs, we should demand and negotiate for a certain percentage for the youth to occupy those positions.
"I believe we are all aware that some states are settling for consensus candidates in the Congresses. While that should not pose a problem, we should always remember that the ultimate goal is to ensure that whatever method adopted by any state and at any level must guaranty that young people are fully involved and get the most out of the process.
"Though we have all been assigned to specific zones for our engagements, members of different committees are free to reach out to one another for assistance in the form of contacts or introductions to any of the Party Leaders within our zones. The National Lobby Group will also be on hand to render assistance to Zonal Committees where necessary.
This is to ensure that we deliver on our mandate, and achieve the goal before us, bearing in mind that our Party Congresses are already upon us, and Youth Members vying different positions at the Ward, LGA, State and Zonal Levels are counting on the success of our committees".
In his remarks, Deputy Govenor of Kogi state, Hon. Edward Onoja, who is also a member of the National lobby group, applauded the National Youth Leader for his initiatives at promoting youth participation in party activities, while highlighting the achievements of Kogi state Governor, Yahaya Bello in youth empowerment in governance and politics.
Speaking, a member of the National Lobby Group, Kabir Aregbesola, in his remarks, urged the newly constituted members of the lobby groups not to form parallel structures but work with the existing party structure in a bid to achieve the mandate of the respective committees.
He further stressed the need for exchange of success stories and challenges of the national and zonal lobby committees across the geo-political zones and states for the sake of achieving the desired objective of the lobby groups.
The committees are made up of seasoned professionals, politicians, youth and political activists, policy makers and government officials, with the mandate to drive the ceding of 10 percent of all positions in addition to the position of National Organising Secretary to the Youth in the forthcoming ward, local government and state congresses of the APC.