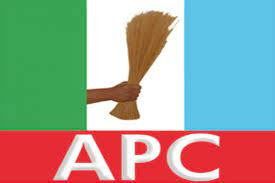 Ahead of the All Progressives Congress (APC) Ward Congress, the national body of the party has begun the sale of forms for officers and ward delegates in Ogun State.
Disclosing this in a chat with newsmen on Wednesday, while monitoring the sale of forms at the Ogun APC Secretariat, Iyana Mortuary, Abeokuta, a member of the three-man committee from the national headquarters of the party in Abuja, Adesina Luqmon, described the exercise as transparent and encouraging.
Luqman, while noting that the exercise began two days ago with the payment of the stipulated fees by interested candidates to the party's bank accounts, added that the turnout by respective candidates for various positions showed how strong the party was in the state.
"We started this exercise two days ago and the process is through approaching the bank to make payments and we later carry out verification. As you can see, the crowd here are people from all the local government areas who have come to make their payment to the bank and collect their forms, the party is glad.
"The participation is encouraging and with the turnout of members of the party in Ogun State, we are encouraged and see a bright future for the party in the state," he said.
In their respective remarks, Abiodun Adeleye and Jimoh Kusimo from Ewekoro and Abeokuta South Local Government Areas, who were vying for positions in the forthcoming ward congress, commended the national body of the APC for giving them the opportunity to come forward to serve through their various wards.