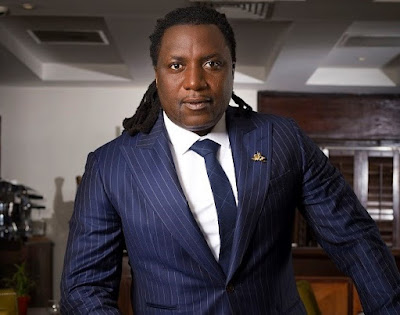 The President of the Association of Advertising Agencies of Nigeria, Steve Babaeko wants all members of the association to come together as a collective front to tackle all obstacles threatening to obstruct the plans and aspirations of the group.

Giving his welcome address titled “The Power of Us” the AAAN President recalled the fears in the minds of all his executive members as they were sworn in about a year ago.Mr. Babaeko spoke on the issue of unity extensively at the opening ceremony of the 48th Annual General Meeting of the Association of Advertising Agencies of Nigeria opens taking place on Friday, July 23 and Saturday, July 24 in the ancient city of Ibadan.

In Babaeko’s words, “When this Exco was sworn in last July, I had my fears because we were in the middle of one of the most devastating pandemics the world has seen, at least in about a century, so my fears were: Would we even deliver against our campaign promises? When the dust of the pandemic settles, would we still have an industry or business? With everyone struggling to stay afloat would our members be able to rally around the Exco to push our association forward.

“One year after, I am here to report to you that my fears are not just unfounded, the state of our union and our association remains stronger than ever before”.

Babaeko explained that he aptly titled his speech “the power of us” because members of the association had defied all odds, made huge sacrifices,  dug into their pockets deeply to support the Exco. In the past year.”

“I am a living witness to the size of the mountain we all have moved just by working together as a team” he stressed.

He said he had watched with pride as AAAN members rose collectively like a Phoenix from the ashes of a very turbulent year to get back on the path of progress. Using the example is Chief Eshiet and his Brand Believers team, whose office complex was gutted by fire yet he dared to clean up the debris and got back to work in a very resolute and courageous manner.

The President also noted the unity in the team, as exemplified in various collaborative efforts among members.  He cited the example the SPV team of DDB, TBWA and YBR working together for more than 3 years on one of the big Telco businesses in the country. He added that he is excitedly looking forward to a special session where the three agencies will, hopefully, share with others some of the key learnings of such an unprecedented partnership.

In braving up for the unfolding economic recovery, the President recommended Mergers and acquisitions as one of the best options for members to examine. “The idea may have been muted way ahead of its time over a decade ago but there’s no better time than now to give it a good shot,” he explained. Using the example of collaboration among telecommunications companies that threw up the power of co-location of masts that massively slashed their cost of coverage, Babaeko opined that the economic headwinds that informed that brilliant collaboration is blowing in the face of creative minds right now. The big question that AAAN president asked was: are we brave enough to seize the opportunity it presents?

In his conference-opening address, the Chairman of the Board of Trustee, Sir Steve Omojafor focused more on the relevance of the theme of the 48th Annual General Meeting which he finds so apt and germane to the future of the advertising industry: Doom, Gloom, Boom, where do we sit? He raised great expectations that the brilliant team of speakers and panelists will do justice to the topic.

Indeed, Mitchell Elegbe, MD/CEO of Interswitch: Abubakar Suleiman, MD of Sterling Bank and all other speakers and panelists dissected the topic extensively, creating a robust learning platform in the first segment of the conference.