RE: “CALL FOR IMMEDIATE INTERVENTION NOT TO DISENFRANCHISE INTENDING MEMBERS OF APC IN OGUN STATE” 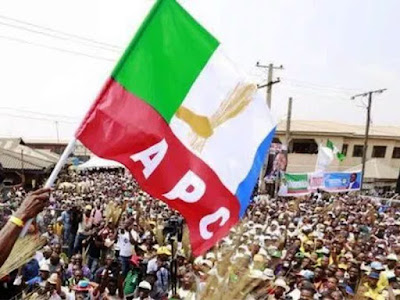 The attention of the All Progressives Congress (APC) has been drawn to a baseless advertorial published on page 12 of The Punch newspaper of Monday, February 15, 2021 and signed by four people including one Allen Taylor Olufemi Wilfred, who has quickly disowned the same advertorial in a video he made and circulated on the social media earlier today.

It is important to let the whole world know that the advertorial is not only mischief-exemplified, it is riddled with lies and unsubstantiated claims, aimed by the main sponsor to cast aspersions on the reputable members of the Ogun State Revalidation and Registration Committee headed by Hon. Ademorin Kuye, and to also distract our focused Governor, Prince Dapo Abiodun.

It is not surprising that the chief sponsor of the advertorial and the fictitious signatories could not mention one or two polling booths where the exercise was allegedly “marred”?

The revalidation and registration exercise has been very successful in Ogun State as attested to by various interest groups, party members and leaders, as well as the independent media, except for the motley crowd of sore nay-sayers who are yet to overcome the electoral loss. These set of people are actually unaware and are misled to think that Ogun State is still in the better-forgotten era when one man will write names of and nominate all candidates for elective offices without regard or consultation with critical stakeholders.

Ogun State has since moved forward to the era of inclusive, participatory politics and bottom-up decision making under Prince Dapo Abiodun. Not surprisingly, the comportment of a Prince,  who does not fight like a trekking slave, has engendered unprecedented convergence of Ogun political bigwigs, including former governors, deputy governors, gubernatorial and senatorial and other candidates of other leading opposition political parties, in the APC.

The wide acceptance and popularity of APC as the party to beat in Ogun State was brought to the fore when, within one week of the commencement of the revalidation and registration exercise, the initial forms released by the Committee to the 236 wards have been exhausted in most polling units. Of course, the Committee is aware of the development and the Chairman has assured that there is more than enough forms to go round; and that no one will be left behind. Additional forms are to be released any moment from now.

Therefore, to say that some people or group of people have been favoured in the distribution of the forms; to say the Governor has cornered some forms; to say some people are being intimidated or being deliberately prevented from registering; are lies from the pit of hell. Such false claims are an understandable demonstration of utter frustration by  people whose sponsor is very dispirited having failed to hijack the exercise  despite much-touted and bandied “Villa connection.”

A new APC, a new polity of inclusiveness and tolerance, of humility and not arrogance; of peace and not brigandage, has come to stay in Ogun State and no amount of lies and mischievous tendencies can pull back the hand of peace and progress recorded and being enjoyed.