A Nigerian superstar is courting an audience in America and worldwide with her latest album, “Celia.” 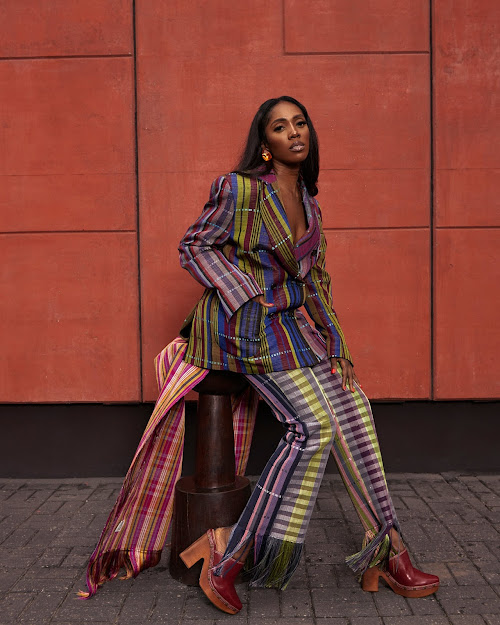 For a singer and songwriter just making her American album debut, Tiwa Savage is wildly overqualified.

“Celia,” released Aug. 28, is actually her fourth full-length album in Nigeria, where she was born and has been hailed in recent years as the “Queen of Afrobeats,” the West African pop finding its way to a growing worldwide audience.

It’s the global leveling-up of a solo career that also includes plenty of non-album singles and collaborations with top Afrobeats performers like Wizkid, Davido and Patoranking. Savage was featured on “Keys to the Kingdom” with Mr Eazi on Beyoncé’s “The Lion King: The Gift” (repurposed this year for Beyoncé’s visual album “Black Is King”).

Savage, 40, has also been a television host (on “Nigerian Idol”), a stage and television actress, her own video director, and an activist devoted to H.I.V./AIDS prevention and to combating rape culture in Nigeria. Her international reach, on streaming services and beyond, reflects international experience.

“I lived in Nigeria; I lived in London; I lived in America,” she said via Zoom from her home in Lagos, casually dressed in a T-shirt and, she noted, not wearing makeup or eyelashes. “Those are three different, completely different cultures and different continents. So I’ve just grown up just being a sponge for different kinds of music.”

Before she started her solo career in Nigeria a decade ago, Savage worked behind the scenes in the American and British music business. She has songwriting credits on albums by Fantasia, Kat DeLuna and Monica, and she sang backup on tour with Mary J. Blige, in the studio on Whitney Houston’s final album and onstage at Wembley Stadium with George Michael.

“Celia” is an album of sleekly insinuating Afrobeats grooves that carry love songs and understated but purposeful messages of empowerment. The lyrics switch between English and Yoruba as Savage glides through her melodies, rarely raising her airy, unflappable voice. Her latest single, “Temptation,” is a duet with the English pop singer Sam Smith, who was “flattered” to join her, Smith said via Zoom from London, because “I think she’s sensational.”

Smith added, “Tiwa has this natural tone in her voice that makes you feel like you’re listening to a friend. It feels comfortable and feels wholesome and homey. And she sounds kind when she sings. My favorite singers have a softness to their voice that doesn’t, you know, smash you in the face. It just sits with you and talks to you in a kind and soft way. That’s how I hear her voice.”

Savage is treating “Celia” as both a culmination and a new beginning. “When I first started out as an artist, I was seen a certain way, and I’ve grown since then,” she said. “I’ve experienced a divorce, being a single mom and seeing backlash for being sometimes too sexy in a male-dominated industry.”

Starting over again in a new territory, “I wanted my message to be clear,” she added. “I have a platform now to encourage young African girls — and just young girls in general — how important it is to be true to yourself and be unapologetically strong as a woman.” Throughout the album, her subtlety is strategic. “Initially when you hear it, it’s just like, ‘Oh, I want to be in the club, shaking my butt.’ So I’ll get you that way first. And then you go back and listen to the lyrics and then you get inspired by it,” Savage said.

“I feel like as a musician, I owe it to my listeners just to have that one song where they just want to cry or they want to just be in a room and know that everything will be all right,” Savage said.

“Celia” is named after Savage’s mother, and the album ends with “Celia’s Song,” praising her with churchy hallelujahs. “If you tell my mom, ‘Oh, this is impossible,’ she’ll say to you, ‘OK.’ And she’ll walk away, and she’ll just silently get it done. She’s timid and reserved, but she’s powerful,” Savage said, noting that she’s similar. “Offstage, I’m very reserved, very quiet.”

Savage was born in Lagos, and she grew up listening to the Nigerian music her parents loved — the politically charged Afrobeat of Fela Kuti and the juju of Sir Shina Peters — along with imported Western pop. She was 11 when she moved with her family to London, and while she was drawn to music and sang in the school choir, she dutifully followed her father’s advice and earned her first college degree in business administration, going on to work as an accountant at a bank.

But music beckoned, and Savage decided to study at the Berklee College of Music in Boston, adding jazz to her vocabulary. Her next move was to Brooklyn, where she concentrated on writing songs. One night she finished a session and left her engineer working on a track. Fantasia, who was working in a nearby studio, heard the song “Collard Greens and Cornbread” and immediately wanted to record it.

That led to a publishing contract with Sony/ATV and a move to Los Angeles, where Savage worked as a songwriter and backup singer. “I learned 70 percent of how to handle industry stress from being a backup,” Savage said. On the road with Blige, she recalled, “The focus isn’t on you, but you’re just watching how she handles the press, how she handles fans when she’s tired, how she handles the pressure. So I was mentally prepared. I knew it’s a lot of work.”

In 2010, Savage started her solo career, moving back to Lagos — which was already the center of Afrobeats — on the advice of Tunji Balogun, who was then an A&R representative at Interscope Records. He went on to become her manager and, in 2013, her husband; they had a child, Jamil, in 2015.

“He said, ‘Look at Rihanna, look at Beyoncé, look at all of these girls — you have to be sexy,’” Savage recalled. “And I have to give it up to him, because that strategy worked in getting me into the market. Because when I showed up on the scene, there wasn’t anything like it. It was just like, ‘Yo, who is this? She’s Nigerian? And she’s wearing a multicolored cat suit in a video?’ So it got their attention.”

Her first single, “Kele Kele Love,” was a hit; Savage sang about expecting all of her man’s love, not half. But its video — modest by American norms — drew a backlash in Nigeria, along with some awards nominations. Her next video, for “Love Me Love Me Love Me,” showed her in bed with a shirtless man and was banned by the National Broadcasting Commission in Nigeria; some of her performances were canceled.

Savage said she was told, “‘This is too sexy. You can’t be this.’ And the more they kept on saying no, the more I just kept pushing the envelope. The skirts got shorter, the lashes got longer.”

At one point, Savage retreated to Los Angeles and considered going back to simply being a songwriter. “But then I would open my DMs, and I’d see all these young girls being like, ‘I love your sleeve tattoo. I love your piercing,’” she said. “And it was like, I have to go back for these girls. Now I say that I want to inspire girls, but they inspired me to come back.”

At times, Savage also seeks to provide consolation. “I feel like as a musician, I owe it to my listeners just to have that one song where they just want to cry or they want to just be in a room and know that everything will be all right,” she said. 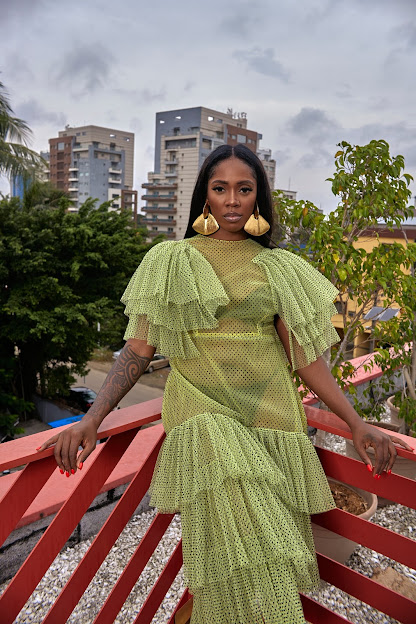 Her first album, “Once Upon a Time,” was released in 2013, drawing nearly as much on American R&B as it did on Afrobeats. Her second, “R.E.D,” in 2015, was exuberantly pan-African, taking in rhythms from all around the continent and dipping into Jamaican reggae. She performed extensively, even when she was visibly pregnant.

But as her popularity rose, her marriage deteriorated. By spring 2016, she and her husband were separated and publicly at odds; eventually, they divorced. Near the midpoint of “Celia,” Savage sings “Us (Interlude),” which directly addresses the breakup: “I wasn’t enough/You weren’t enough/Love wasn’t enough,” she laments.

“It’s definitely the first time I’m being vulnerable,” she said, adding that it had taken years to come to terms with the breakup. “When we first started, it was just like, ‘Me and you, we’re going to conquer the world.’ And then it got to a point where the brand was getting big, and when I had to make a decision, it wasn’t just me and you,” she said.

Savage wrote and recorded “Celia” the way many Western pop stars make albums: She convened a songwriting camp. She booked eight rooms for 15 days at the Oriental Hotel in Lagos, where producers and musicians could come and go, bouncing ideas off one another as Savage supervised, selected tracks and came up with top lines. “Just put your heart into it, and let’s have fun,” she told them.

For all the programming, planning, brand management and careful messaging that go into her music, Savage is determined to loosen up. She is trading pinpoint choreography for more spontaneous moves; she’s revealing her tomboy side as well as her glamorous one; she’s leaving bits of noise and imperfection in her songs. Her next album, which may arrive sometime next year, might dip into Brazilian music or other styles that have caught her ear.

“I’m never going to stop experimenting,” she said. “That’s just who I am. Get used to it.”

Jon Pareles has been The Times's chief pop music critic since 1988. A musician, he has played in rock bands, jazz groups and classical ensembles. He majored in music at Yale University. @JonPareles