October 28, 2019
On the east side of Lagos, the company that turned 20-cent packets of instant noodles into a staple of the Nigerian diet is building the biggest port in west Africa with $1bn of Chinese money.

Singapore-based Tolaram Group is set to close financing this week for what could be the busiest port in west Africa, a project it said would help transform Africa’s largest economy. It is also the biggest development Tolaram has ever undertaken, and a long way from its roots as a textile trader founded by Indians in Indonesia in the 1940s.
It is being built on the back of a $450m annual business that has turned Indomie noodles into one of Nigeria’s national dishes and Tolaram into the largest food company in Africa’s biggest market, surpassing the likes of Unilever and Nestlé.

“This is a real game changer for us, doing project financing of this scale . . . It’s easy to raise money for a factory — you need $30m, $50m. But you want to raise $800m? That’s a whole different ballgame,” said Haresh Aswani, Tolaram’s managing director for Africa and grandson of its founder.
The new port will be financed with $630m from the China Development Bank, and $470m in equity from the state-owned China Harbour Engineering Company, which has a 52.5 per cent stake and will build it. Tolaram owns 22.5 per cent, the Nigerian Ports Authority has 5 per cent and Lagos state 20 per cent. 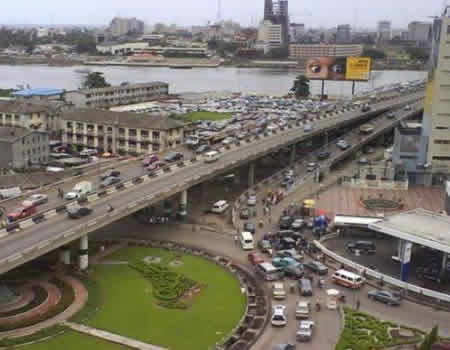 According to the Financial Times, the project is a new chapter for Tolaram. Mr Aswani’s uncle turned the company into an international conglomerate with textile factories in India, property interests in eastern Europe (including a luxury apartment complex in the former KGB headquarters in Tallinn), carpet manufacturing in China and a polymers plant in the UK.
But it was Tolaram’s decision to begin importing Indomie to Nigeria in 1988, the same year Mr Aswani moved there, that transformed the company.
Over the next two decades, it shed its other business, with the exception of the Tallinn real estate, to focus almost exclusively on Indomie. In 1995, the company entered a joint venture with Salim Group, the Indonesian company behind Indomie, and began manufacturing in Nigeria the next year.
Growth came slowly — it took 13 years for revenues to reach $10m in Nigeria — before sales began doubling annually by the mid-2000s. Indomie is now in every corner market stall across Nigeria, and in most kitchen cupboards — a cheap, stomach-filling staple that is so ubiquitous it features in rap lyrics.
However, Nigeria can be a fickle market. Government policies change quickly and can cripple businesses. In 2015, Abuja curbed raw palm oil imports, just after Tolaram had spent tens of millions on a new palm oil factory. After the oil price crash sent Nigeria’s crude-dependent economy into recession in 2016 and the naira was devalued by roughly half, revenues slumped to “next to nothing”, which Tolaram weathered in part because its financing was in naira rather than dollars.
Tolaram operates in nine countries, recently expanding to Egypt, and has plans to move into Ethiopia and Kenya. Nigeria accounts for $900m of the group’s $1.1bn of annual sales.
Along the way, it has buried Nestlé’s Maggi noodles brand and now controls about three-quarters of Nigeria’s $600m noodle market. “One of the key factors for us to decide to go [into] other products was after  we beat Nestlé at their game, we realised we can take on multinationals and win,” said Mr Aswani.
The company has in recent years entered a series of joint ventures: a milk business with Denmark’s Arla Foods, cereal and snacks with Kellogg’s and, starting next year, dental care products with Colgate-Palmolive.
Now it is moving into infrastructure in a big way. The Lekki port is the anchor of an 800-hectare free economic zone the company plans to build.
Tolaram said the project would allow Lagos to reclaim its place as the region’s top port from nearby Togo, a much smaller country that has focused on making its port state of the art and its regulations business friendly.
But Daniel Clemenson, analyst at IHS Markit, said the Lekki port’s modernity will not matter if the government did not improve the surrounding infrastructure. At Apapa, Lagos’s main port, the roads are so shabby and processes so cumbersome that trucks can often wait a week before being allowed in to pick up goods.
“Unless considerable development is undertaken in the surrounding areas I can only see this adding to the problem,” said Mr Clemenson.
Mr Aswani agreed that “roads are the main priority”, particularly the access road the project will share with its next door neighbour, billionaire Aliko Dangote’s massive new oil refinery. The government has promised to build three of the six roads needed for the project to work, Mr Aswani said, and he thinks that it will build the other three.
He said working with the government had not been easy. There were quibbles over the shares for both the state and federal administrations, and more than three dozen permits, which took years to resolve.
“I will never deal with government again,” he said. “Give me the permits and just let me run the business.”