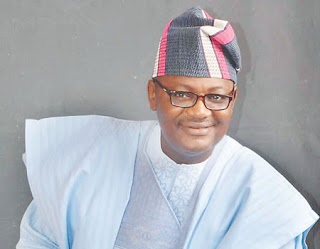 After the adoption of ADC as his political platform by the promoters of Believe Movement; Gboyega Nasir Isiaka popularly referred to as GNI and his supporters are already taking ADC to local government level to create massive awareness for the party with various inaugural meetings across the 20 local government areas of the state.

At one of its inaugural meetings held yesterday (03/06/2018) at Arepo community in Obafemi Owode LG , various chieftains of the now rested TBM (The Believe Movement) took turn to enlighten guests and GNI supporters on why they have joined ADC which is believed to be the credible alternative to the ruling party and also the main opposition in both Ogun State and Nigeria at large.

According to Mr. Akinwunmi, a former Believe Movement coordinator in Obafemi Owode Local Government, “our symbol GNI which will all represent  initiated a movement sometime in 2016 with the mission to  spread life abundant messages  across the state  but with this inauguration, The Believe Movement seize to exist and we are now member of African Democratic Congress(ADC) . 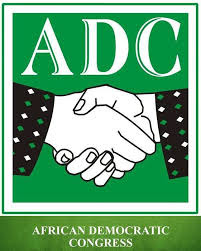 Mr. Akinwunmi continues, “The ADC is a reformed and reinvigorated party, a source of hope and inspiration to millions at home and abroad built on Transparency, Prudency, Accountability, Humility, De-Tribalised, Due- Process”.

Another chieftain of the party, Alhaji - Rafiu Ogunsola also urges residents of Obafemi Owode Local Government to be active politically by joining African Democratic Congress (ADC) as the party is open for anybody especially the youths to aspire for various elective positions.

Also present at the event, Alhaji Olawemimo, fondly called  Omu Iya and Alhaji Semiu Ogunbayo,fondly called Semcom  both confirmed their  believe in GNI being a  homegrown Governor aspirant  who understands the challenges of the state with great achievement both in private and public sector and not somebody who has lived his entire adulthood on politics without‎ something to show except for money bag politics and also urge Ogun  State Indigene to get their PVCs and prepare well to play their role as citizens to hand over the job to the best man whose experience, intellectual well to do and exposure would take Ogun State back to its right position in economical, infrastructural and educational realization come 2019.

Receiving the ADC in Arepo, Mr. Kunle Isiaka said infrastructural development of border towns like Arepo, Akute, Mowe, Ibafo, Sango, Akute, Agbara, Ogijo and others is a key part of GNI plan if elected and enjoin electorates to support GNI and ADC during the 2019 general election.

It will be recalled the GNI recently resigned from PDP and officially defected to African Democratic Congress (ADC ) based on his conviction that the ADC is  built on equity, justice and good governance for all.