May 05, 2018
The Total Group in Nigeria which comprise of Total Nigeria Plc and Total Upstream Companies and her partners (NNPC, NAPIMS, SAPETRO, Petrobras & CCNOC) joined the rest of the world to mark this year’s World Malaria Day. The determination of Total and her partners to eradicate malaria in Nigeria has never waned. The Company has over the years, continued to go into communities to create awareness and educate the Nigerian Populace on how best to protect themselves from malaria. This year the event took place at the Oniyanrin Community, Ibadan, Oyo State. 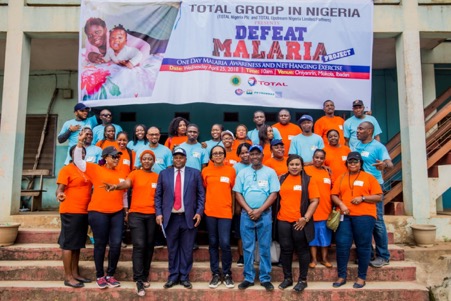 The Group’s theme for the event was ‘Defeat Malaria’. A total of 1,000 Long Lasting Insecticide Treated Mosquito Nets (LLITMN) were earmarked for donation/distribution to the members of the community. The Oniyanrin Primary Health Center benefited from the donation and there was a direct distribution to residents of Oniyanrin community, especially to families with children under 5 years and pregnant women. Two wards within the Ibadan North-West Local Government area were also reached while 10,000 Information and Educational fliers were distributed as well as a road show held to create further awareness and educate the public. With the roadshow, 27,000 persons were reached in 18 communities and 430 Nets were distributed. 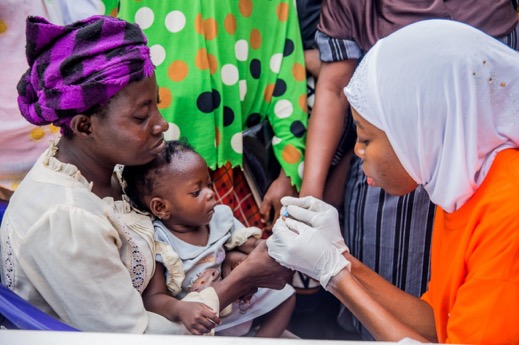 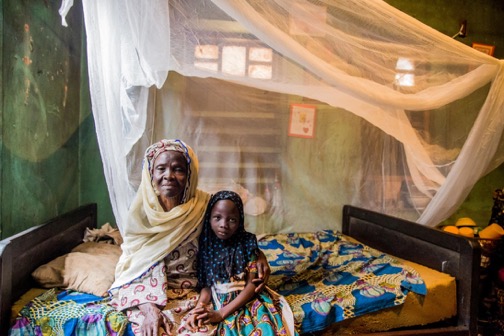 Another part of the ‘Defeat Malaria’ program, was the implementation of 250 Rapid Diagnostics Testing (of the 350 RDT tests kits donated). The Company, through its consultants, trained 50 Health Care workers to help sustain the fight against malaria, a life-threatening disease caused by parasites that are transmitted to people through the bites of infected female Anopheles mosquitoes. Records show that infants, children under 5 years and pregnant women are at a higher risk of contracting malaria. 90% of the malaria cases recorded in 2016 was in Africa.
Total employee volunteers and volunteers from the community also went into pre-identified homes to physically hang the LLITMNs so that beneficiaries would experience the demonstration of proper use of the nets.