July 19, 2017
On a continent where cows are abundant, it remains a shocking reality that Africa currently does not produce enough milk to meet its own needs. Despite having more than 10 percent of the world’s cattle population, Africa contributes less than 3 percent to global milk production but spends more than $500 million every year on milk imports from Europe and North America.

In the absence of a liquid milk culture in Nigeria (largely due to the poor electricity supply), evaporated milk serves as the complement for a variety of beverages and foods. It is a highly important category in which rich gains can be made by key players, particularly as population growth ensures steady demand.
Dairy is the second largest segment in the food and beverage industry in Nigeria, with estimated revenue of ₦347 billion in 2013 and an estimated Compounded Annual Growth Rate (CAGR) of 8% over the last three years. 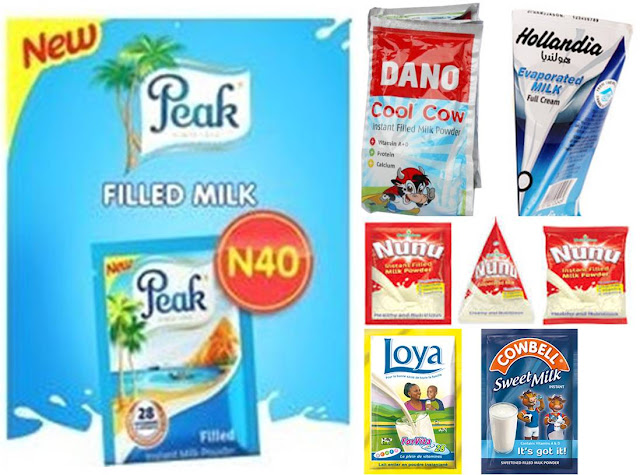 With strong population growth, particularly amongst children and young people, drinking milk products in Nigeria continued to grow well in 2016. Strong competitive activity also boosted growth over the review period with a wide range of brands available on shelves (including smaller pack sizes) and producers engaging in marketing activities through advertising, discounted and promotional sales.

The Dairy Industry has consistently exhibited oligopolistic characteristics with only a few dominant firms. Friesland Campina remains the market leader in the Evaporated Milk and Powdered Milk category, with an estimated 30% share of the Industry’s revenue; almost double that of its closest competitor. 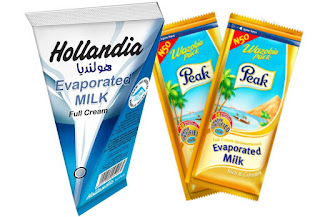 Peak Milk is perceived by every class of consumer as a quality brand with good track record. So, packaging the evaporated milk of the same quality in a “sachet- Wazobia” at a convenient price is an innovative way to respond to consumer demands which also separate Peak milk from competitor.

However, the market however is highly competitive with the other major players like Chi, Arla, Nutricima, etc all carving different niches across the market.

2013/2014 witnessed two major identical launches targeting the same demographic – children. The launches focused on milk drinks with fruit juice, as this combination is thought to provide both nutrition and taste. Products such as Bobo milk drink have performed well since they were launched in 2006, and now two big players – Chi and FrieslandCampina Wamco Nigeria – have decided to enter this category, with Chi Fit & Smart and Peak Milk School Smart respectively. These have been intensively marketed, given the pedigree of the companies launching these products and their distribution capability, thus driving strong growth.

According to an A C Nielsen report on retails research, there is most likely a new leader in the milk segment of the market as the report points out that Hollandia Evaporated Milk especially with the launch of its “Correct Wazo” has been consistently gaining market share while Peak holds the short end of the stick.

Also with the major entrance of Dano milk from the stable of Arla which signed a marketing and distribution deal with Tolaram Group, Indomie Noodle parent company with aggressive marketing activities in 2014 saw smaller players try to increase their visibility and widen distribution, as well as carrying out continuous advertising.

Promasidor Nigeria was amongst the first to concentrate more on smaller packaging for its products, which appeal more to price-sensitive consumers and children of school age, After all Peak milk was never positioned as premium brand but a quality product for everybody but it became expensive for low income earner which was not deliberate but due to the economic situation (poverty level) in Nigeria and also the over saturation of the market with cheap, low quality and imported milk brand which makes Peak Evaporated Tin milk only for the affluent.

With Peak Milk, premium is accessible; being an innovative brand that understands consumers’ economic struggles and to comfortable wade off competition in its category recently launched Peak Filled at N40 to allow the low income earners enjoy quality product.

Also with Peak #pecadomo campaign another first from Peak Milk, which is the creative way of using Peak Milk in the preparation of traditional meals like rice, pounded yam, fufu, eba, amala, semo, eggs and pap ensure that consumers get all-round great nutrition; and that is the smartest way to a great-healthy lifestyle and fulfilled dreams.

From the above, there is need for Peak Milk to continuously sustain market position especially among the low earner/middle socio-economic segment by constantly staying close to the consumers.

Mogaji ‘Tunde, is a marketing communications practitioner with expertise in experiential marketing and media relations services, he can be reached at olatunde.mogaji@gmail.com or 08056145926