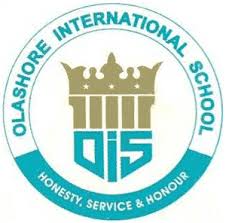 The awards ceremony which held at the Intercontinental Hotel on the 19th of May 2017 was designed to recognise outstanding Cambridge Learners in 2015/2016 examinations and the partner schools that have exemplified Equality Diversity and Inclusion (EDI) and Child Protection policies.

Mofiyinfoluwa joined Olashore International School in the year 2010 and graduated in 2016. During her study in the school, Mofiyinfoluwa was hard working and consistently maintained the top position in her year group, her excellent performance in the school placed her under academic scholarship throughout her years in the school. Fiyin, as her friends popularly call her, served as the school’s media prefect in 2015/2016. In her tenure as media prefect, she was responsible for interviewing the many dignitaries that visited the school, these dignitaries include: Mr. Chidi Okoro, (MD UAC Foods Ltd), AIG Helen Adeyemi Kalafite, (Assistant Inspector General of Police Zone 11), Mrs Osaretin Demuren, (Chairman Board of Governors GTBank Plc) and Dr. Yemi Ogunbiyi, (Chairman, Tanus Communications). Some of the interviews she conducted with visiting personalities appeared in Oasis – Olashore International School termly magazine.

Fiyin participated in debate and public speaking competitions both in and out of school, coming out tops and winning numerous awards and prizes. She also served as the Master of Ceremony in school events. Upon graduation, she was the best performing student in practically all her subjects including Biology, Civic Education, Christian Religious Studies, Economics, English Language, Government, ICT, Literature in English and Photography. This placed her as the overall best graduating student in 2016 graduating set. 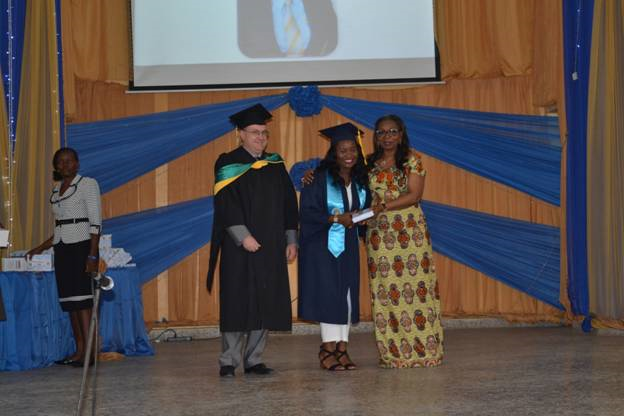 Fiyin Okupe expressed her gratitude to all that supported her on this journey. “I am extremely honoured to be receiving this award. Coming from Olashore International School where there is a great emphasis on academic excellence, I can truly say I am a product of my environment. Very heartfelt thanks to my parents for their persistent support, encouragement and inspiration. I'm also grateful to my school for providing me with such an enabling and conducive atmosphere. In particular I want to give special thanks to Mrs. Emezue, head of languages department, who created time for me always to be a sounding board, a listening ear and a friend. This award is for her just as much as it is for me. Most of all, I thank God for everything, without Him, this would not be possible.”

The Head of School/Vice Principal, Mr. John Toscano was able to shed light on why the school opted for the Cambridge examination. “Cambridge IGCSE enjoys a good reputation internationally as a reliable examination board. There are a wide range of IGCSE subjects offered, enabling students to choose options appropriate to the career pathways they intend to pursue. Cambridge provides a syllabus and assessment material for each subject but the school, through its teachers, then has the task of bringing the subject material to life and giving it context. At Olashore we emphasise the use of technology and practical experience as integral to learning.”

Olashore International School opened wide its gates on 9th January 1994 to welcome its first  set of one hundred Year 7 students. The school was founded by Oba Oladele Olashore, CON to compete with its counterparts around the world and also offer quality boarding education of an international standard in Nigeria. He chose to establish the school in Iloko, his home town. This singular act has brought about development in the community and placed it on the global map.