June 01, 2017
Fresh from their victory over Chelsea FC, Arsenal brought the Emirates FA Cup once again to Dubai after the team’s record 13th victory of the historic trophy.

The Emirates FA Cup made its way to Arsenal Soccer Schools Dubai at The Sevens so that it’s lucky students could join in to take special individual and group photos with the trophy, and over 120 kids had their photo taken with the iconic trophy. 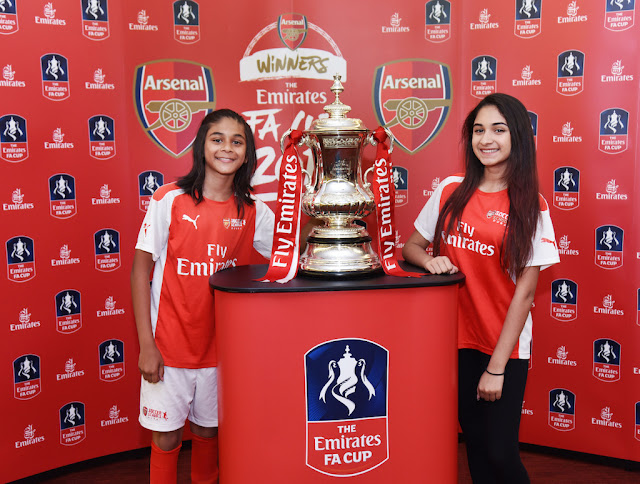 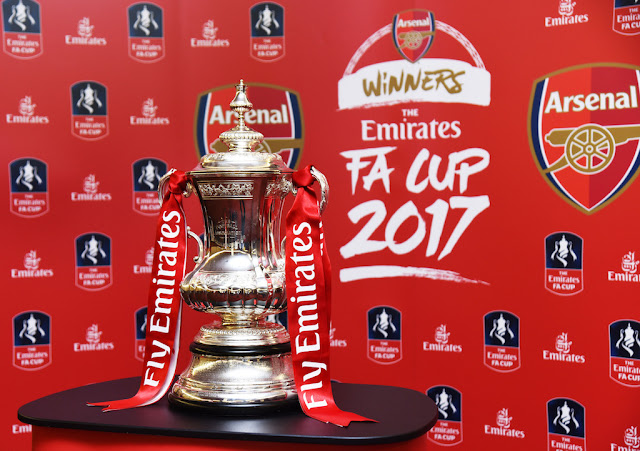 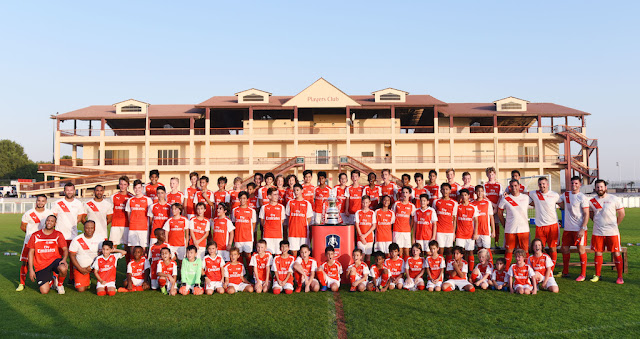 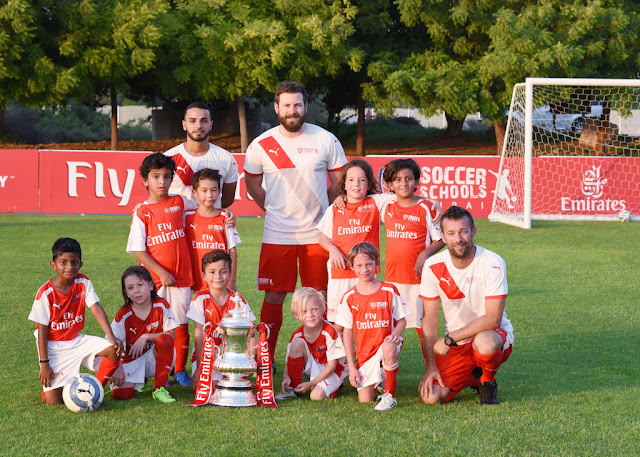 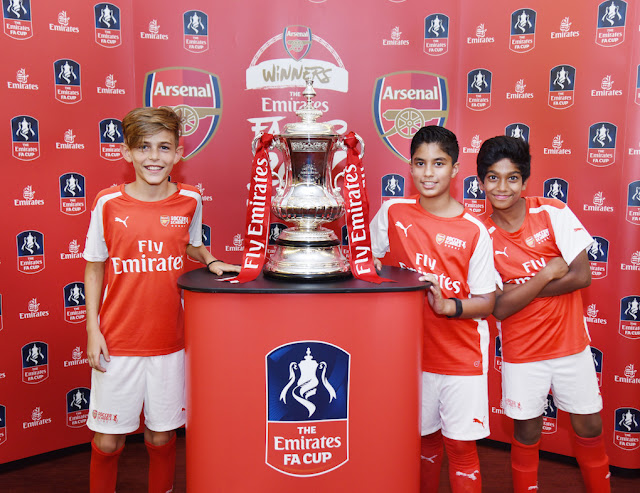 Arsenal Soccer Schools Dubai is a joint venture between Emirates and Arsenal, open to boys and girls of all abilities, aging from five to 20. Each year, more than 400 children are taught to “Play the Arsenal Way’, based on the same principles taught to the first team. The training programme is also designed to help aspiring young footballers develop their skills on the pitch, ensuring they have a platform to reach their potential.

Emirates has been a proud sponsor of Arsenal Football Club since 2004, and the partnership includes the club’s jersey sponsorship and naming rights to Arsenal’s home ground, Emirates Stadium.

In 2015 Emirates became Title Sponsor of the FA Cup, the world’s oldest and largest domestic football tournament, which is now globally known as The Emirates FA Cup.

The Emirates FA Cup also made a special visit to Emirates Group Headquarters, and employees were given the chance to take pictures with the trophy.

Competitive matches are regularly held against opposing teams to expose the students to different styles of football. Development squads are selected to help to raise the standard of play, especially among more gifted players. In addition, participation in annual Arsenal tournaments against other schools in the region are regularly held. ASSD’s new term for Season 2017/18 starts in September.

For more information on how to register please visitwww.playthearsenalway.com/dubai