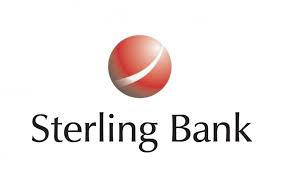 Ongoing right issue by Sterling Bank Plc has kicked off to a resounding success as individual retail shareholders and shareholders’ groups have indicated interests in picking up their rights and mobilizing other shareholders to support the recapitalization programme of the bank.
The expressions of interests and supports from minority and retail shareholders reechoed the unanimous endorsement of the bank’s capital raising programme by shareholders at the recent general meeting.
Non-core shareholders, with less than five per cent equity stake, including a large number of minority retail shareholders of more than 88,000, collectively hold about 65 per cent equity stake in Sterling Bank; underlining the highly diversified shareholders’ base of the bank. Most retail shareholders are spread in groups and other representations.
A broad section of shareholders’ groups, representations and individuals interviewed in relation to the rights issue said they would pick up their rights and mobilize others to take advantage of what they described as “a window of opportunity”. Several shareholders indicated they would demand for additional shares, raising prospects of oversubscription.
The supports from non-core shareholders strengthen the prospects for the rights issue, which had earlier received firm commitments from major Nigerian and foreign shareholders including the State Bank of India, Mike Adenuga, Suleiman Adegunwa’s Essay Investments Limited and other directors.
Sterling Bank is raising N12.5 billion through a rights issue of about 5.889 billion ordinary shares of 50 kobo each at N2.12 per share. Sterling Bank had traded at a high of N3.05 at the stock market. The shares have been pre-allotted on the basis of three new ordinary shares of 50 kobo each for every eight ordinary shares of 50 kobo each held as at May 20, 2013. The application list, which opened on June 24, 2013, will run until July 31, 2014.
According to the President, Association for the Advancement of Rights of Nigerian Shareholders (AARNS), Faruk Umar the rights issue came at the right time and at the right price. He also noted that the historic performance of the bank, as exemplified by the impressive results and dividends for the 2012 business year, has made it a toast of investors.
“We are going to invest in the bank; the rights’ price is a bonus to shareholders because even at the market price, the bank is grossly undervalued. There is a strong possibility of a double in the price in the next two years,” Umar said.
According to him, given the performance of the bank with its previous modest capital, additional capital would result in better values for shareholders over the years.
Leading shareholders rights’ activist, Nonah Awoh, said the board should make arrangements for oversubscription given the mood of the investors and general perception of the bank at the stock market. He said the profit and return forecasts of the bank, though conservative, imply a huge inflow of over 50 per cent return from dividend payments alone in five years, noting the positive relation between such huge payouts and capital gains at the stock market.
President, Progressive Shareholders Association of Nigeria (PSAN, Boniface Okezie, said the rights issue would lay another strong foundation for future growth noting that additional funds would allow the bank to increase lending to the real sector and further contribute to national economic growth. According to him, increased lending and expansion would lead to increased returns to shareholders.
Noting the dividend track records of the bank, Okezie said shareholders are excited over the additional shares. He however advised against absorption of oversubscription pointing out that excess monies should be returned.
“I will pick my rights; it’s good for the bank and the shareholders. Additional capital would put the bank in better position to expand its operations and increase lending to the real sector. This is good for all stakeholders,” Okezie said.
Chairman, Shareholders United Front (SUF), Gbenga Idowu, said the fundamentals of the bank were attractive and there is no reason to doubt the continued growth of the bank.
“We will support the management and the board by not only picking our rights but we will demand for extra shares,” Idowu said.
Another shareholders’ leader, Godwin Anonoh, said his personal experience as a customer and shareholder of the bank gives him confidence to always support the bank.
He said Sterling Bank’s track records of high dividends and the potential for capital appreciation assure investors of double returns over the years pointing out that there is possibility the share price would more than double in a short while.
National Coordinator, Pragmatic Shareholders Association, Bisi Bakare, said Sterling Bank ranked as one of the best stocks in terms of returns on investment assuring that she would mobilize supports for the bank.
“The time is right and the price is right, shareholders are getting dividends from their investments now, so we have money to invest. We will put this money in Sterling Bank,” Bakare said.
Speaking on the prospects of the bank, National Coordinator, Independent Shareholders Association of Nigeria (ISAN), Sunny Nwosu, commended what he described as impressive performance of the bank overtime.
He urged the bank to continue exploring ways to consolidate its performance, assuring the directors of the supports of shareholders.
The net proceeds of the rights issue, estimated at N12.13 billion, would be used to finance branch expansion, infrastructure upgrade in support of automated and cashless payment, enhance information technology and additional working capital.
About 35 per cent of the net proceeds, estimated at N4.24 billion, would be used for branch expansion; 15 per cent of the funds estimated at N1.82 billion would be used for infrastructure upgrade, 10 per cent of the funds equivalent to N1.21 billion would be used for information technology and the largest chunk of 40 per cent, estimated at N4.85 billion, to be set aside as additional working capital.