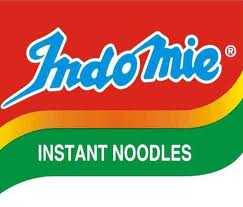 The continuing commitment by Dufil Prima Foods, makers of Nigeria’s no. 1 noodles brand in giving back to the society at large has once again come to the fore as evidenced by the company’s decision to make available a number of mobile kitchens in Central Mosques, across the country during the Ramadan period.
This move will see the Dufil Prima Foods Plc makers of Nigeria’s No. 1 noodles brand Indomie Instant Noodles feed 2.5 million Muslims across the nation, as they will be served special Indomie delicacies after evening prayers during the Ramadan season.
The company’s Public Relations Officer, Tope Ashiwaju, who shed light on the company’s decision, said Dufil Prima Foods is a firm believer in constantly reaching out to the society it operates in and this is what has continued to inform the CSR initiatives, it introduces yearly for the benefit of all.
Ashiwaju  further revealed that Indomie as the leading Noodles brand in Nigeria, believes strongly in connecting with its consumers through varied platforms and that the month of Ramadan provides such a unique opportunity to connect and identify with Muslims during the 30 days fasting period as part of its Corporate Social Responsibility initiative.
According to Ashiwaju, our aim, is to continuously ensure, we contribute to sustainable development, poverty reduction, cater to the vulnerable and general populace as well as contribute to the growth of the national economy and private enterprise.
“So once again, as the Ramadan season approaches; having an understanding of what it depicts as a period of discipline, prayer and worship to God Almighty, we decided to support our Muslim brothers with this gesture,” Ashiwaju said.
“Already, we have identified several mosques in cities all over the states where freshly prepared Indomie will be freely served at the time of breaking the fast at each of these mosques on a cycle basis, as in one mosque per day in a week. After covering the mosques in those cities, the cycle continues”.
Ashiwaju further explained that, “the sampling would take place during Iftar (the evening period when Muslims break their fast); at this point, everything would have been put in place to ensure that everyone present at the mosques is served immediately after evening prayers. We would be making these mobile kitchens available across all states in the country, as millions would be served indomie during this exercise, which is expected to continue throughout the duration of the Ramadan period, thus a lot would be spent in ensuring that all goes well”.
Ramadan is a holy month for the Islamic community when Muslims concentrate on their faith and spend less time on the concerns of their everyday lives. It is celebrated in the ninth month of the Muslim lunar calendar.