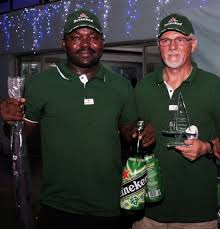 Heineken has reinforced its strong creative credentials, as it won a total of 17 awards won at the 2013 Cannes Lions International Festival of Creativity.

They included Heineken’s first ever Grand Prix in Creative Effectiveness for its ‘Open Your World’ global integrated campaign and a Gold Lion PR for ‘The Candidate’, which was also selected for a Titanium and Integrated Bronze award.
The ‘Legendary Journey’, part of the ‘Open Your World’ campaign (³), encapsulates Heineken’s approach to asking its drinkers to live beyond their boundaries, inspiring men across the world to seek new experiences. The campaign was developed in partnership with Wieden + Kennedy, Amsterdam.
‘The Candidate’, created with Publicis Italy and activated by Edelman London, outlined the brand’s creative and unconventional approach to recruitment. It was released earlier this year and rapidly became a global viral and PR sensation, amassing 2.8m views within 7 days and unprecedented global media buzz.
The Cannes Lions International Festival of Creativity is the world’s biggest celebration of creativity in communications. At this year’s event, more than 35,000 entries from 92 countries were showcased and judged.
Heineken’s investment in design and innovation was also recognised and celebrated, as its futuristic igNITE bottle clinched Silver for its use of exhibitions or Live events, and Bronze each for its “Your Future Bottle” and “The Wall of Opportunities activations.” 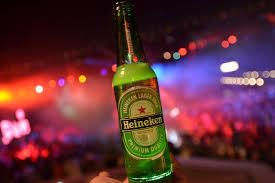 Alexis Nasard, Global Chief Marketing Officer and President Western Europe at HEINEKEN, commented: “We are delighted by this recognition. Creativity is a decision which entails risks. These awards, and more importantly, consumers’ choice at every consumption opportunity vindicate these decisions. Clients get the creativity they deserve from their agency partners, and we are thus thankful to both our agency partners and our employees for keeping the bar high, and keeping us and our brands part of the conversation’.
Creative Effectiveness Lions will honour creativity which has shown a measurable and proven impact on a client’s business – creativity that affects consumer behaviour, brand equity, sales, and where identifiable, profit. It will aim to establish a direct correlation between creativity and effectiveness.
Titanium and Integrated Lions, the idea is central to the award and everything, whether it is for a car or toothpaste, telecommunications or charity, big budget or low budget is considered. Campaigns cannot be directly entered into the Titanium category, but the jury decides which campaigns should be considered for the award, hence the prestige
The brand went home with 17 awards in total which include, Titanium (bronze) 1, Grand Prix Gold 1, Gold, 1, Silver, 5 and Bronze 9.