We Would Deliver Odogbolu LG For All APC Candidates.....Hon Oluwaseun Oguntade 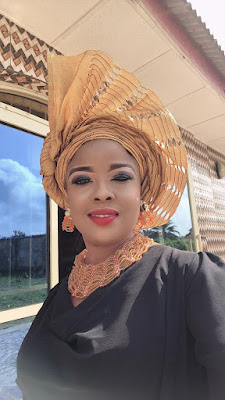 Hon. Oluwaseun Oguntade, member of the APC Youth Wing Presidential Campaign Council gave the assurance  when she spoke with her constituents during her house to house sensitization and campaign across Odogbolu LG.

She was sure the governor, Prince Dapo Abiodun will win his re-election bid because his strides across the state is Progressive and we can all see yellow roofs in every nook and crannies of the state, from Education to Health to Agriculture to Infrastructure . Prince Dapo Abiodun have made an impact through dividends of democracy to the people of Ogun State.

She also talked about the Senatorial Candidate Otunba Gbenga Daniel who needs no introduction in Ogun state because of his records while he was governor of Ogun State, his experience is coming handy for his victory.

When asked about the House of Representatives candidate she went on to say Barr. Femi Ogunbanwo fondly referred to as Omo-Iwa, the erstwhile commissioner for special duties and Inter-governmental Affairs coupled with his experience at National Assembly as Special Assistant/Chief Legislative Assistant to Senator Tokunbo Afikuyomi between 1999-2007 where he assisted the Alliance for Democracy (AD) and Lagos State Government in many political programmes and activities. When elected he will be actively involved in the processes leading to good representation and facilitating grassroot development to the people of Odogbolu local government.

Additionally, Hon. Oluwaseun Oguntade said, ”Hon. Atinuke Bello has not disappointed the people of Odogbolu Local Government with quality representation at State House of Assembly with various bills like increment of females in Ogun State Cabinet, House Fund Management bill, among others bills of state benefits. Aside our legislative activities, she has empowered many groups, youths and widows in the local government and also facilitated through the National Assembly legislators (Senator Lekan Mustapha and Hon. Kolade Osunsanya) many projects like renovations of schools, public health’s, construction of new 40beds public health center, among others”.

The one-time Odogbolu State Constituency aspirant said, Nigeria needs a bold and knowledgeable leader to steer the ship of state away from the current turbulence towards stability and the presidential candidate of the All-Progressives Congress (APC), Asiwaju Bola Ahmed Tinubu, is man with the requisite qualities to succeed and positively lead Nigeria in the next depensation to ensure continuity of infrastructural projects all over the country

Hon. Oguntade said she and her team will embark on a house-to-house campaign until the day of the election and also being a youth mobilizer, she will be collaborating with APC National Youth Leader, Hon. Dayo Israel who have being reaching out to the most populous voting class (youths and women), sensitizing and educating them on citizens right and giving election education.