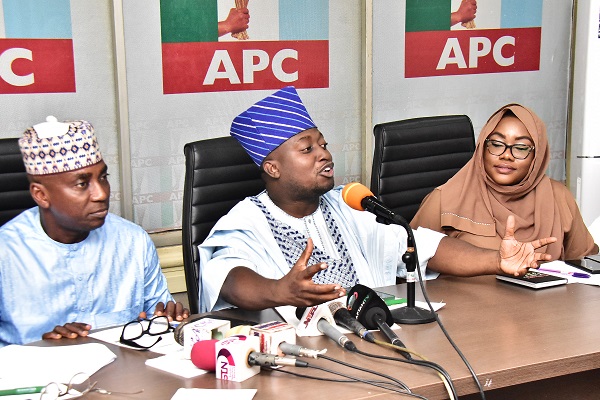 Kaduna the political capital of Northern Nigeria will come alive on Friday January 13, 2023 as All Progressives Congress (APC) youth from all over the country would converge for the inauguration of the APC National Youth Campaign Council and unveiling canvassers Record Sheet, Our deliver your street program and pledge cards

This was contained in a statement personally signed by the  APC National Youth Leader Dayo Israel, made available to our correspondent on Tuesday January 10, which said that   50 million youth vote for Tinubu/Shettima is  very possible.

According to the statement, the inauguration is billed for the Umaru Musa Yar’Adua Hall, Murtala Square Kaduna and is slated for  9am prompt as the event is open to all Brigade members.

"We are inviting APC youths across the country," he informed.

He pointed out that this is the first time the youth wing in the party will be setting up a massive presidential campaign council of this format and magnitude.

"This underscores the APC as a largest youth movement in any political party in Nigeria and without a doubt signals the youth voting direction in February,"  it stated.

According to him, "We  will also be unveiling our Canvassers Record Sheet, Our deliver your street programme and our pledge cards."