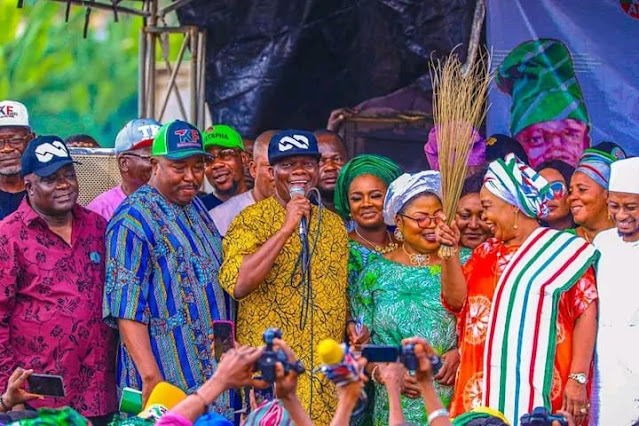 The Southwest Women Leader of All Progressive Congress (APC) has called on the electorates in Oyo State to cast their votes for Asiwaju Bola Ahmed Tinubu as the President of Nigeria and Senator Teslim Folarin as the Governor of Oyo State, so as to continually enjoy the dividends of democracy at the Federal and State level.

Speaking in Oyo State during the rally organised by the State Chapter of APC women wing, the Southwest Coordinator, Hon. Yetunde Sikirat Adesanya said Asiwaju Tinubu is a man that is well respected and accepted by all other tribes in the Nation, hence the need for Yoruba race to give him more support and ensure that he emerge winner in 2023 General Election.

The Southwest Coordinator enjoined women of different profession to stop the habits of staying at home during election but to get their Permanent Voters Cards (PVC), come out en-mass and vote for credible candidates like Senator Bola Tinubu as President and Teslim Folarin as Governor in the coming election. 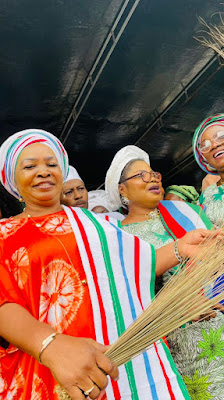 Hon. Adesanya said "Senator Folarin is a tested and trusted leader that had transformed and empowered many hopeless lives through his humanitarian gestures. If we can support and give him a chance to serve as the governor of Oyo State, he would ensure individual prosperity for all the citizens of the State".

Hon. Adigun stated that apart from coming together with one mission to support and ensure the election of Senator Tinubu as President and Teslim Folarin as the governor, women must endeavour to support APC candidates in Oyo State and be actively involved in Politics to further enjoy reasonable representation.