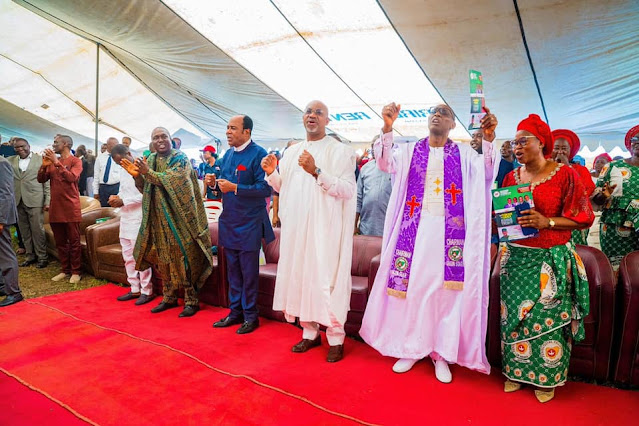 Ogun State Governor, Prince Dapo Abiodun, has called on Nigerians to desist from using inflammatory words capable of aggravating the current situation in the country.
He observed that it is only in the atmosphere of peace, harmony and tranquility that the country can attain the desired development and growth.
Abiodun made this call on Saturday while speaking at the Leadership Capacity Building Conference of the Ogun State Chapter of the Nigeria Pentecost Fellowship (PFN), held at the Fellowship Secretariat, Kobape, Abeokuta.
He stressed that it was imperative for Nigerians to continue to see themselves as one and pray for the nation to overcome her challenges.
The governor noted that the theme of the Conference, "The Throne of Grace, Building of Nations Through the Church", was appropriate especially at this time when Nigeria is experiencing insecurity and several other challenges. 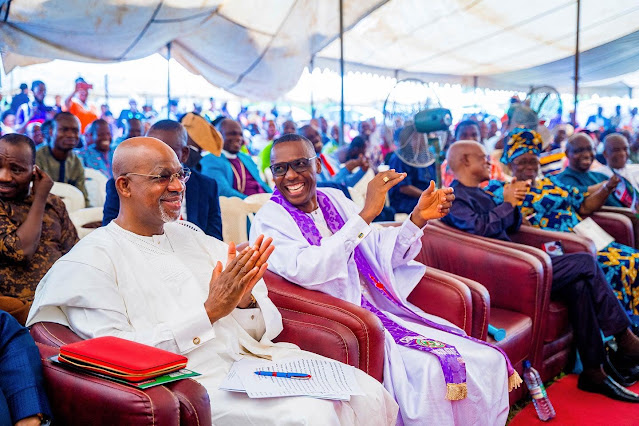 "As individual citizens, we have to be patriotic in our ulterances and deeds. It is important for all of us to desist from using inflammatory words which are capable of aggravating the situation. Let us continue to build bridges instead of fences.
"Nigeria is faced with lots of challenges like insecurity issue, the exchange rate and others that have affected our economy. All these create uncertainty and have effects on our psychic", he noted.
He described the church as one of the institutions that have played vital roles in educating, enlightening and embarking on citizens'orientation of their civic duties as patriotic citizens, saying that it was important for Nigerians to be mindful of the type of leaders they choose in the forthcoming elections, as it would have impact on their well-being.
"Leadership is a dynamic revolutionary process of influencing behaviour which means influencing the actions of others towards a shared purpose. It is about character, influence, integrity and positive impact made on the lead.
" We must choose leaders that will impart on our lives and that of the next generation. We all have individual and collective roles to play for the development of our State, nation and humanity", the governor emphasized.
While enumerating some of his administration's achievements, he maintained that policies and programmes that would increase the prosperity of the people, would be formulated and implemented, just as his government remains unwavering in building the future of the state as encapsulated in the ISEYA Agenda.
While reiterating that the state remains the religious capital of the nation, Abiodun enjoined the church to seek better understanding amongst members and position its future development within the broader spectrum of the society.
"Be proactive, Concentrate on positive ideals, virtues and values as the basis for godly generation that we all need not only in the war against our nation's challenges, but also for the survival of humanity", he concluded.
In his sermon titled "What Grace can Do",.the General Overseer of Agape Ministry, Apostle Felix Adejumo, said grace could multiply efforts and make room for an individual to be at the top.
Apostle Adejumo noted that grace does not abandon anybody, but the individual must make use of his brain to work and study more to make it in life.
The Chairman, Pentecostal Fellowship of Nigeria, Ogun State Chapter, Apostle Ahmed Otaru, said the meeting was to impart positively on leaders for effective administration of the church.