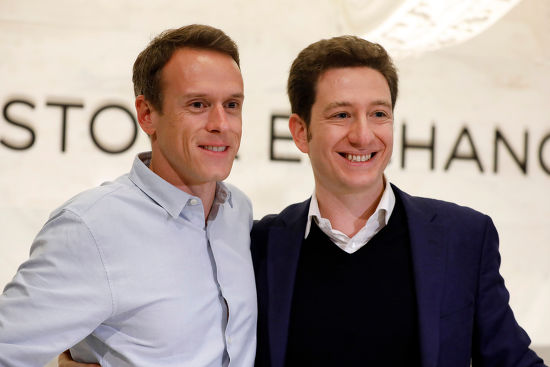 Sacha Poignonnec and Jeremy Hodara, co-CEOs of Jumia are leaving the company. The Co-CEOs made this known individually on their respective LinkedIn pages. Both of them have been at the helm of affairs of the only African publicly traded company on the New York Stock Exchange for eleven years.

To my Jumia family and friends, to all of you who have made it possible,

The day has come to open a new chapter for Jumia and a new chapter for me. In a way it’s with a heavy heart because I will miss everything about Jumia, but at the same time every founder needs to pass the flame one day, and I am so grateful for having had a chance to build this great company for the last 11 years. We have achieved so many amazing things, it will be hard to make an inventory, here is not the place and the time; and there is still so much to do.

I am immensely proud of what we have achieved together over those years: we have changed the lives of millions of people in Africa.We believed that the Internet would make everyday life on the Continent better. We started e-commerce when no one believed this would work. We scaled Jumia, expanded in many countries, attracted the best talents, developed a thriving marketplace, built a unique logistics business, and pioneered online payments.We listed the company on the New York Stock Exchange. We contributed to accelerate entrepreneurship with our network of alumni.More importantly, we have created a unique work culture, grounded in powerful values. Our values overcome people, strategies and make Jumia such a special company.

Though much is known for the reason both of them are leaving with immediate effect, the company’s supervisory board stated that Francis Dufay, the executive Vice president for Africa and an ex-CEO role of Ivory Coast, will replace both of them as the acting CEO.

The supervisory board also announced that Francis Dufay and Antoine Maillet-Mezeray have been appointed members of the company’s Management Board. Maillet-Mezeray, having stayed with Jumia for over six years and driving the company’s finance function and “further developing it in a public market context,” has earned a promotion too: Executive Vice President, Finance & Operations.

Jonathan Klein, Chairman of the Supervisory Board, said in the statement that “We thank Jeremy and Sacha for their leadership over the last decade to envision and build a company that became the leading pan-African e-commerce player.”

“As we look ahead to the next chapter of Jumia’s journey, we want to bring more focus to the core e-commerce business as part of a more simplified and efficient organization with stronger fundamentals and a clearer path to profitability. We look forward to working closely with Francis, Antoine and the leadership team to execute on these objectives and continue on our mission of offering a compelling e-commerce platform to consumers, sellers and the broader Jumia ecosystem in Africa.”

Both of them thanked the our investors, shareholders and Board Members for believing in them.