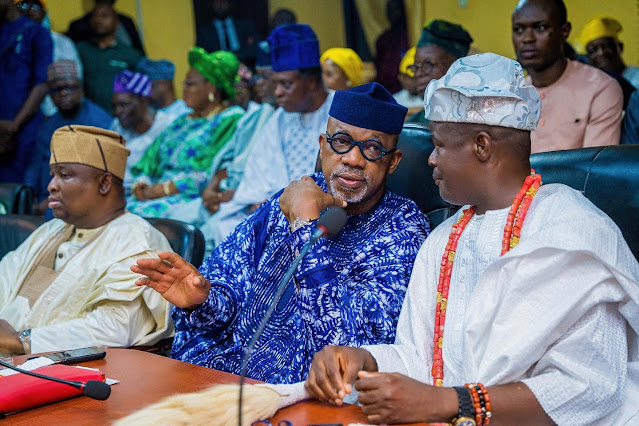 ......say Ogun West sees tremendous development under gov's watch
Traditional rulers and leaders of thoughts in Yewaland have declared their readiness to support the reelection bid of the Ogun State governor, Dapo Abiodun, in 2023, saying that his tenure has brought tremendous development to Yewaland and Ogun West senatorial district.
Speaking on behalf of the 42 monarchs on Sunday at the Secretariat of the Yewa Traditional Council in Ilaro, the Olu of Ilaro and Paramount Ruler of Yewaland, Oba Kehinde Olugbenle, said all the royal fathers unanimously opted for Governor Abiodun after they had told all of their sons vying for the number one position to step down their ambition.
The monarch, while berating the decision of a governorship candidate from the axis to reject the invitation of the council on the need to step down his ambition for the number one job, said that his refusal is a total embarrassment to the Council
Oba Olugbenle, however, said that the royal fathers are not perturbed by the candidate's rude behaviour, rather, they are solidly behind Governor Abiodun who he described as "a man of his words". 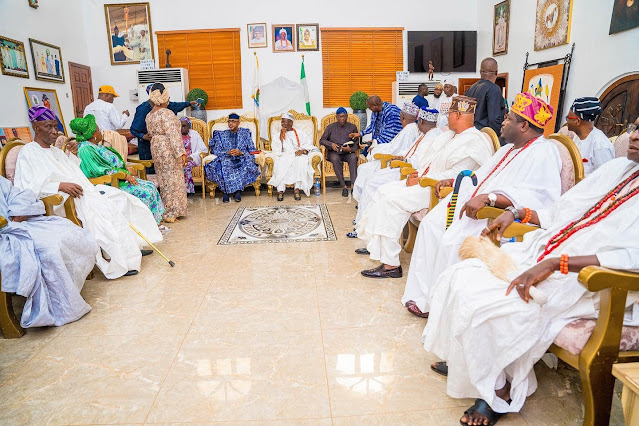 " Since you became governor, we have seen tremendous changes and development in the state of our infrastructure here in Yewaland. You are a man of your words, what you promised to do, you have done, your success at the polls come 2023 is a done deal, we are with you," he stated.
The monarch, who commended the governor for his effort at ensuring the timely completion of the Ilaro-Owode road, said that the royal fathers would join their voices with that of the state government to request for the funds spent to repair the road.
Speaking, the Onimeko of Imeko, Oba Benjamin Olanite,.while commending the governor for bringing development to the town of Imeko through the completion of the Oke-Ola road, said that the people of the town are solidly behind the governor and would ensure his victory at the polls
Also, the Olu of Imasayi, Oba Luqmon Kuoye, lauded the governor for the yellow roof initiative which has led to the rehabilitation of so many public schools and health centres in the state, particularly in Ogun West.
In his response, Governor Abiodun thanked the traditional rulers for their support and prayers, and pledged to accelerate development in Yewaland, noting that the senatorial district being the industrial hub of the nation has contributed tremendously to the growth of the state.
While appreciating the Yewa Council of Obas for their singular action of endorsing his second term ambition, the governor promised to continue to work hard towards the socio-economic development of the state
On the Tongeji Island, Abiodun informed the monarchs that the state government is working to explore the oil deposits in the area so as to ensure that the state is accorded oil producing status.