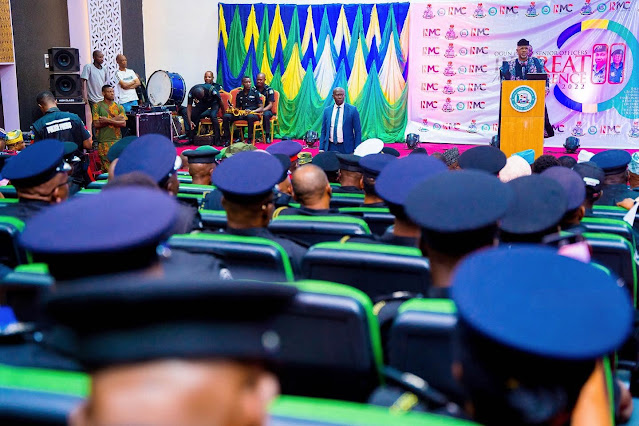 Towards ensuring peaceful conduct of the 2023 general election in th country, the Ogun State governor, Dapo Abiodun has called on the police authority to engage politicians in the country on the need to play by the rules.
Abiodun who made this call at the Cinema Hall of the June 12 Cultural Center, Abeokuta, venue of a conference for senior police officers in the state, with the theme, "Creating the Enabling Environment for a Free, Fair and Credible 2023 General Elections in Ogun State", equally emphasized that politicians need to desist from hate speeches capable of heating up the political temperature of the state. 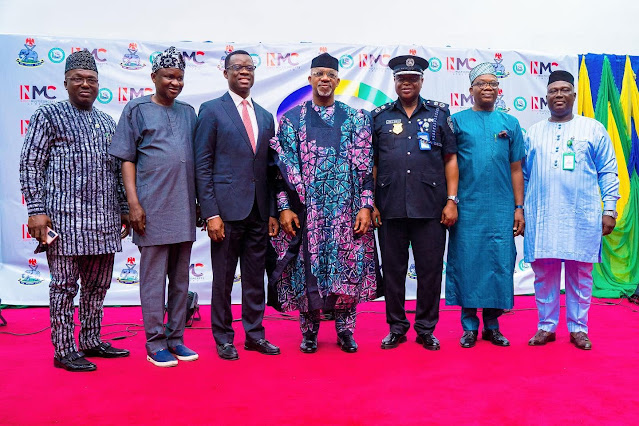 The governor, however, vowed that his administration would deal ruthlessly with any act of thuggery capable of causing insecurity in the state.
He disclosed that he had instructed the police in the state and the Department of State Security (DSS) to be on top of the situation.
"As we approach the 2023 general elections, let me enjoin the police authority in the state to continue to engage politicians on the need to play by the rules, politicians must be warned to desist from hate speeches capable of heating up the polity.
"We will deal ruthlessly with any act of thuggery, I have Instructed the Commissioner of Police and the State Director of Security to be on top of the situation. Our state will not be known for thuggery, cultism and all these types of vices," he said.
While calling on senior officers to come up with modalities and strategies to nip all forms of evil activities in the bud, noted that youths must be admonished on the need to avoid been used as political thugs.
On the recent fire incident by suspected hoodlums at the Abeokuta South office of the Independent National Electoral Commission (INEC), Governor Abiodun said that he had mandated the Commissioner of Police to ensure that all those that are responsible for the incident are arrested and brought to book.
"Only recently, some unscrupulous and frustrated elements attacked the Abeokuta South office of the Independent National Electoral Commission located at Iyana-Mortuary and they razed down the building.
"When we look at that incident, the first question you ask yourself is why did they do that? What was in that INEC office that made them raze that building down? What do they stand to benefit from doing that? It wasn't as if elections have been conducted and results were being collated and they wanted to frustrate the conclusion of that process.
" Obviously, some persons are trying to create an impression that their would be a threat to the peaceful conduct of the elections in the state.
" I have mandated the Commissioner of police to ensure that all those that are responsible, no matter how small or how big, are arrested and brought to book. We must use this to send a very strong signal that we are going to be intolerant to this kind of act in the next few months," the governor declared.
Abiodun further charged the senior police officers to use the conference as an opportunity to come up with ways, means and strategy of avoiding violence as we approach the 2023 general elections.
Earlier in his welcome address, the Commissioner of Police, Lanre Bankole, while noting that the police is ready to conduct a free and credible election, said that the police will safeguard all venues of political rallies until the end of the election.
Bankole who also advised all political parties to abide with the Electoral Acts, disclosed that a campaign/ rally monitoring team has been formed to monitor campaigns and rallies across the state.
The police boss while warning that hate speeches from any group will not be allowed anywhere across the state, called on parents, guardians and the traditional institution to call to order their children, wards and subjects.