“Help Is On The Way”, APC National Youth Leader Reassures Katsina IDPs As He Donates Cash, Flags Off Empowerment Scheme 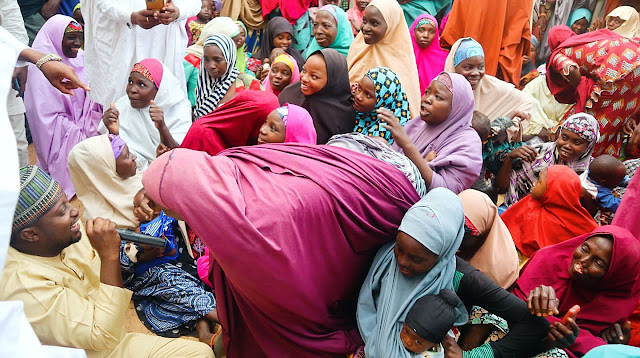 The National Youth Leader of the All Progressives Congress (APC), Hon. Dayo Israel, has continued his humanitarian interventions in the northern region with the Tuesday donation of cash to displaced persons from communities suffering security challenges in Katsina State.

This was as he flagged off an empowerment scheme in partnership with Elders Foundation to rehabilitate and provide monthly stipend to the displaced persons and other vulnerable groups in the state.

Speaking at the event, Dayo Israel encouraged the IDPs, particularly the youths, to continue to set their sights high and retain hopes of a successful life, despite their present circumstances. 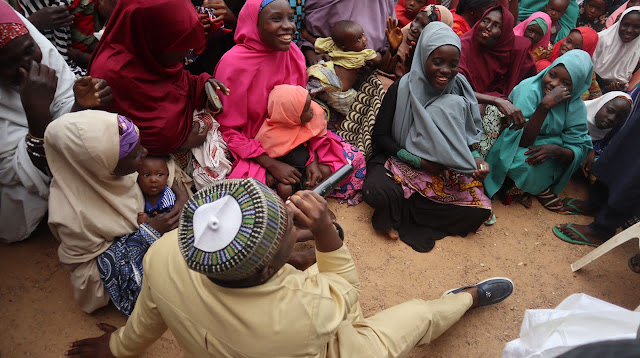 In addittional to providing financial support to the organisation and the participants, He Narrated his own journey as the son of a widow who lost his father - and the family’s breadwinner - at the young age of 11 and, as a result, had to live in a single room with eight others in Ebutte Metta, Lagos, he urged them not to give up but to remain fervent in prayers and stay determined - even as he reiterated the resolve of a Tinubu-administration to bring lasting solutions to their problems.

“I lost my own father when I was 11 and was immediately introduced to a life of hardship for which I was ill-prepared. Eight of us, including my mother, had to make do with a single room on Kano Street in Ebute Metta, Lagos,” said Dayo.

“We had little to nothing. But I fixed my gaze on God and refused to let the circumstances rob me of my dreams. Today, by the grace of God and the prayers of my mother, I am the National Youth Leader of a ruling party. The son of a single mother who now sits in rooms with presidents and heads of state. I believe that you, too, can achieve the same inspite of the difficulties of today. Keep your hopes up and never stop dreaming,” he said.

Earlier in the day, he met with the Deputy Governor Katsina State, Q.S. Mannir Yakubu, as a continuation of his engagement with government officials over state efforts to combat insecurity and rescue abducted citizens in the last bandit attack records in areas of the state.

During the meeting which also had in attendance other senior officials of the Katsina State Government, Dayo Israel communicated the outcome of his meeting with communities affected by the latest attack, including family members of abducted citizens to whom he donated food and other relief materials.

The Deputy Governor, who also chairs the committee set up by the state to curb insecurity and provide relief to affected citizens, briefed the National Youth Leader on ongoing efforts to secure the release of the abducted and provide succor to their families.

He thanked Dayo Israel for his show of solidarity and other public-spirited actions aimed at enhancing governance in line with the APC’s progressive ideology, alongside the mobilization of young Nigerians across the country to deliver a comprehensive victory for the party at the polls in 2023.