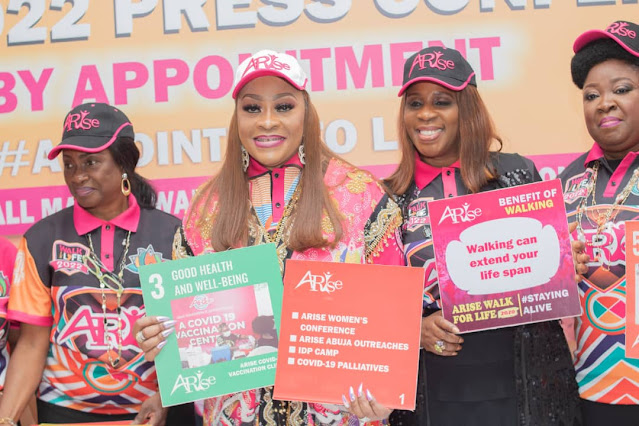 The convener of Arise Walk for Life, Dr. Siju Iluyomade, has the Arise 2022 program borders on its transformational agenda and an ideology of passing on from generation to generation, especially in Nigeria, the essence of life which is good living.

With a passion worthy of note, Dr Siju Iluyomade speaking at the press conference to herald this year's Arise Walk themed By Appointment, with hashtagged, 'Appointed To Live', passionately noted that Arise is particular about everyone, regardless of colour, tribe, religion, and is after everyone being clothed, fed and equipped to earn.

She said; "We want to increase life expectancy and as such, golfing has been introduced to our activities. As researched, golfers enjoy the privilege of long years." 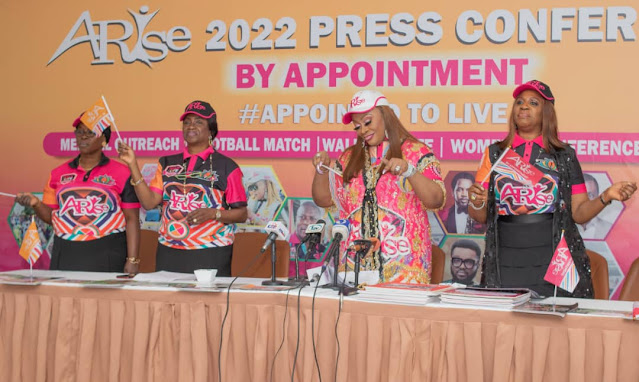 Arise is interested in preventive health-care, unlike the popular practice of being reactive rather than proactive. She noted that a nation will spend far less money if its people are able to prevent diseases, and as simple as the exercise; walking is, it provides a long list of benefits amongst which are reduction of High blood pressure and anxiety.

On the 14th of October, Arise will be having its football match at the Mobolaji Johnson Stadium previously known as Onikan Stadium, and the event will be graced by notable Nigerian football legends like; Daniel Amokachi, Augustine Eguavoen, Samson SiaSia, Uche Okechukwu, Victor Ikpeba, Peter Rufai and sensational striker, Victor Osimhen,

Dr. Iluyomade also noted that Arise has enabled Skills Academy that exists to train women to be economically viable.

Saying; "It's time for us to expound a vision. Arise is seen on the SDG goals; attacking poverty; and as the world is speaking sustainability, we shouldn't go backwards." 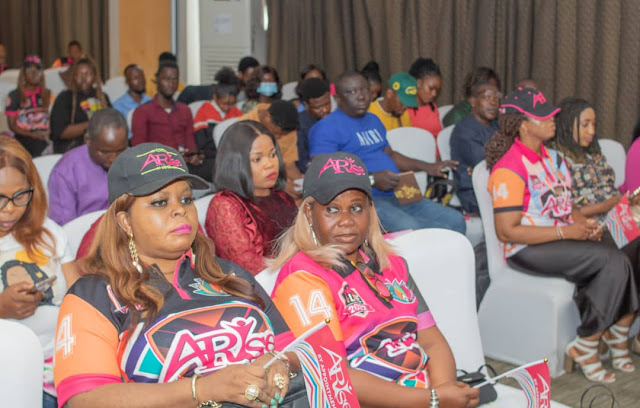 She pointed out that Arise was the first and only organization excluding the government that was given the right to vaccinate people, and that came with great sense of honor, working tirelessly with the Isolation Team to ensure that people were not dying.

Arise has also worked with influential women to ensure quality education for a huge number of children in Nigeria across Zamfara, Kaduna, etc, under her ADOPT A VILLAGE PROGRAM, with a huge aim which is to provide quality education for every Nigerian child. Noting that a particular community in the North, at a thoughtful request of its leader, Arise built 2 blocks, 16 classes, provided boreholes and a Generator.

Arise has her fingerprints all over Nigeria and most especially in states like Abia, Owerri and nearly all Lagos State's Local Government Areas.

While commending her for her unrelenting support, Dr. Iluyomade noted that, Dr Zainab Bagudu, whose educational background is of great asset, is a woman who is alien to the practice of tribalism. Saying, "the minute we erase tribalism and include love, we'd see a greater Nigeria. Nigerians must come together to work for the progress of our people".

"Wherever there is a need, Arise will step in. Asides the Arise Farmers Foundation, which is intended to put workers to work, Arise, has built hospitals in unimaginable places."

To point to the non-denominationalism of Arise, we were at Campus Square Lagos to support the multitude there medically."

"Arise was not called upon, but propelled by compassion. A that is why Arise is out to carter for an array of human needs in the area of; Arise insurance scheme, Arise Education, Go back to school, Arise Adopt a Village Program, Arise Farmers Foundation and Arise Vaccination Clinic."

Dr. Iluyomade also noted that Arise foundation will continue to administer its vision, which is that everyone must prosper, everyone must be able to afford good education, access clean water and have food on their table.